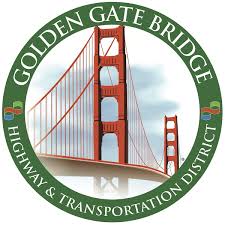 It really works. Writing a letter, sending an email or attending a public hearing to express your opinion has an impact. Case in point: Bus route 92, which provides service between Sausalito and San Francisco, was in jeopardy of elimination due to poor ridership. After dozens of people protested the proposal to nix the route, the Golden Gate Bridge, Highway and Transportation District reconsidered its plan. Public outcry saved the bus service! In fact, the district is going one step further by implementing a robust marketing campaign for route 92 to increase ridership and ensure the commuter service continues. Kudos to the folks that took the time to give their input, and to the district for listening. Let’s remember this local victory and that activism makes a difference. Trump’s choice for the Supreme Court vacancy, Brett Kavanaugh, is sure to produce a huge wave of public outcry to save Roe v. Wade, gay rights and more. Make your voice heard. Write letters, volunteer, call your reps, knock on doors and register voters.

“Damn this traffic jam. How I hate to be late. Hurts my motor to go so slow.” Oh, James, we feel your pain every morning as we slog south on 101 trying to get to work in the city. Adding insult to injury, we watch carpool lane cheaters clip along in the left lane, leaving us far behind. Gives us law abiders some time to wonder about the motives of those passenger-less scofflaws. Maybe that solo woman behind the wheel of her Range Rover in the carpool lane is texting because she’s gone into labor and wants her husband to meet her at the hospital? Well, we slow lane drivers were treated to a different, and dare we say gleeful, sight last Thursday. The CHP in Marin sent out its specially marked patrol vehicle, aka “the Polar Bear,” to catch carpool violators. The most common excuse was, of course, late for work. Ironically, on enforcement day, the offenders were even later.

Nikki Silverstein
Got a Hero or a Zero? Please send submissions to [email protected] Toss roses, hurl stones with more Heroes and Zeroes at pacificsun.com.
Previous articleSanta Fe in Focus
Next articleLetters to the Editor