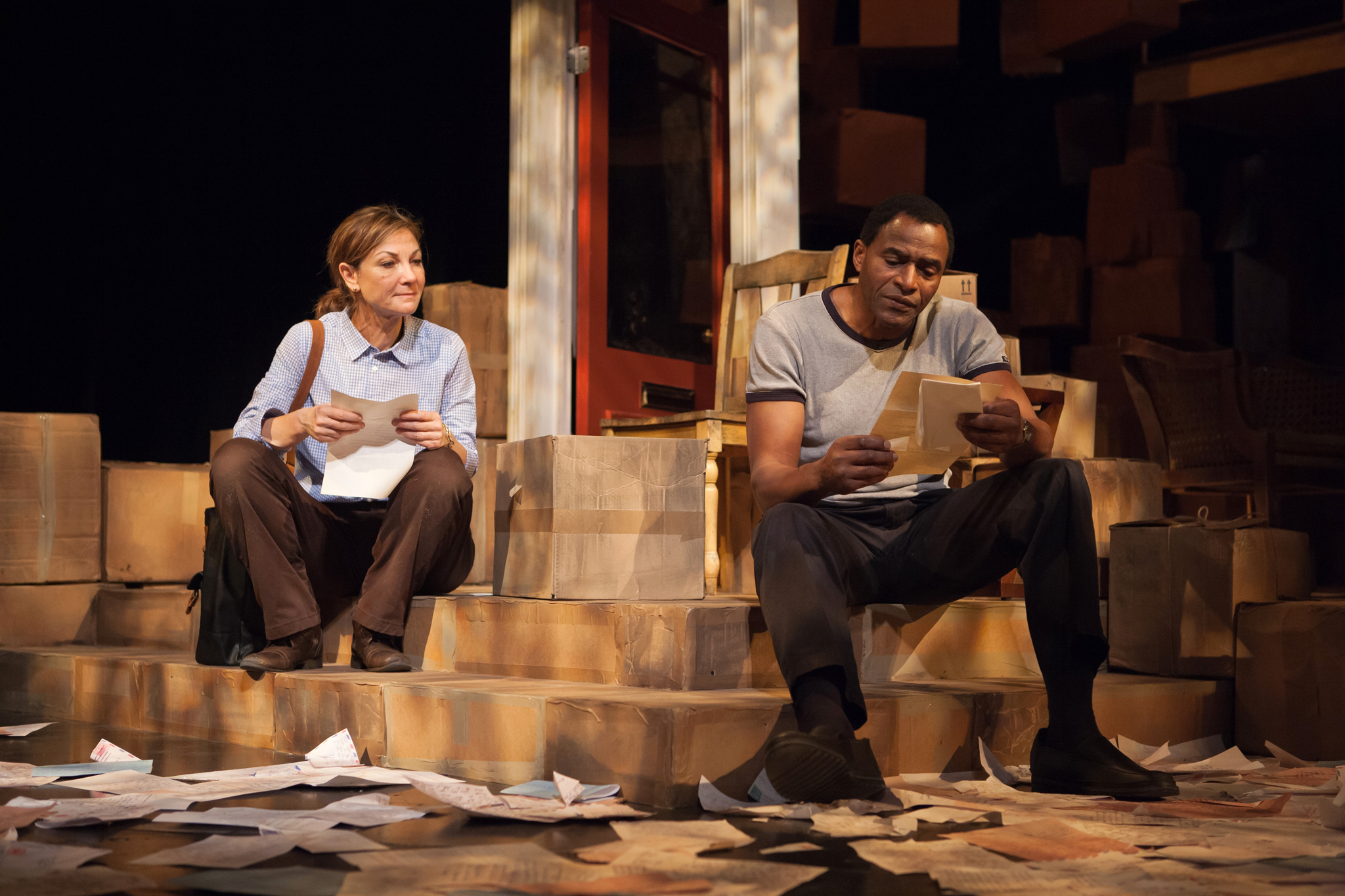 Julie Hebert’s Tree, which just opened a six-week run at the San Francisco Playhouse, is like a spicy bowl of Cajun gumbo.

There are a lot of ingredients packed into this almost two-hour, intermission-less drama—hints of Sam Shepard’s and Tracy Letts’ barely controlled violence, the verbal lyricism and sexual ambiguity of Tennessee Williams, the racially motivated righteousness of August Wilson. Add to these an exciting dash of magic realism and the smoky aroma of Southern Gothic. Like a good gumbo, Tree is a robust, satisfying meal as it goes down, but (despite the efforts of an excellent cast and imaginative director) for some it may leave a slightly unpleasant aftertaste.

Nine days after perpetetic Ray Mercantile dies, daughter Didi, a white fortyish professor at a Louisiana college, journeys to Chicago to track down her black half brother Leo, whom she has never known. Reason? Having discovered love letters from Ray to her mother, written while he was on military duty during the Korean War, Didi’s hoping Leo can help reconcile the image she has of her father as an uncaring parent who ultimately deserted the family, with the far more sympathetic figure revealed in his correspondence.

Leo, however, isn’t exactly glad to see her. Burdened by the combination of a dead-end job as a sous chef at a Chicago steak joint, the responsibility of caring for a semi-demented mother living upstairs in their two-story flat, and the demands of a daughter who is energetically asserting her independence, Leo has no interest in assisting Didi in her quest for the truth about their father. For him, it’s a waste of time, especially since Ray had also (except for a single offer of educational support that Leo refused) deserted his side of the family. As he succinctly puts it, “Your daddy screwed my mama, so she got pregnant and we’re kin.” End of conversation.

Not quite. Determined to obtain further enlightenment, Didi engages in a furious struggle with her half brother that pushes her perilously close to an emotional meltdown. Finally, a letter is found that provides some clarification, but it also reveals a surprising twist that further clouds their relationship even though they’ve just apparently come to an understanding. On this ambiguous note—one that projects more difficulties ahead—Tree ends.

Susi Damilano and Carl Lumbly offer compelling performances in the central roles of Didi and Leo, although both seem called upon to maintain an exaggerated, one-dimensional portrayal of their characters. Damilano is a fanatic truth seeker about their father, hoping it will reveal a more sympathetic side. Viewing things from the perspective of a black man struggling to survive in white Chicago, Lumbly couldn’t care less. (Personally, as the extent of Ray’s fecklessness emerged, it was hard for me to see why either one of them should give a damn.)

Cathleen Riddley provides an assortment of pyrotechnics as Leo’s senescent mama, whose abrupt shifts from clear-eyed realism to delusional rants about subjects like her sexual identity and happier times spent with Ray could indicate the presence of Alzheimer’s or schizophrenia.
On this otherwise dark landscape, Tristan Cunningham’s brief appearances as Leo’s daughter JJ are a welcome shaft of youthful light. One might wish we could see more of her and be informed of her background with Leo and a mother that is never talked about.

Known for his willingness to engage in risky experiments, director Jon Tracy does it again by encouraging Riddley and Damilano’s explosive outbursts, and accepting a set (by designer Nina Ball) that fills the playhouse’s stage up to the flies around the Price’s apartment with layer upon layer of what looks like white storage boxes. Whether or not these are intended to relate to Ray’s letters, the massive stacking seems overdone.

To sum up, in Tree Julie Hebert and company offer up a theatrical gumbo that is rich in flavors, but may not be to everyone’s taste. One thing for certain, though: It’s a ripe subject for after dinner conversation.

Charles Brousse can be reached at [email protected]

Next ArticleFood & Drink: Break out the books!