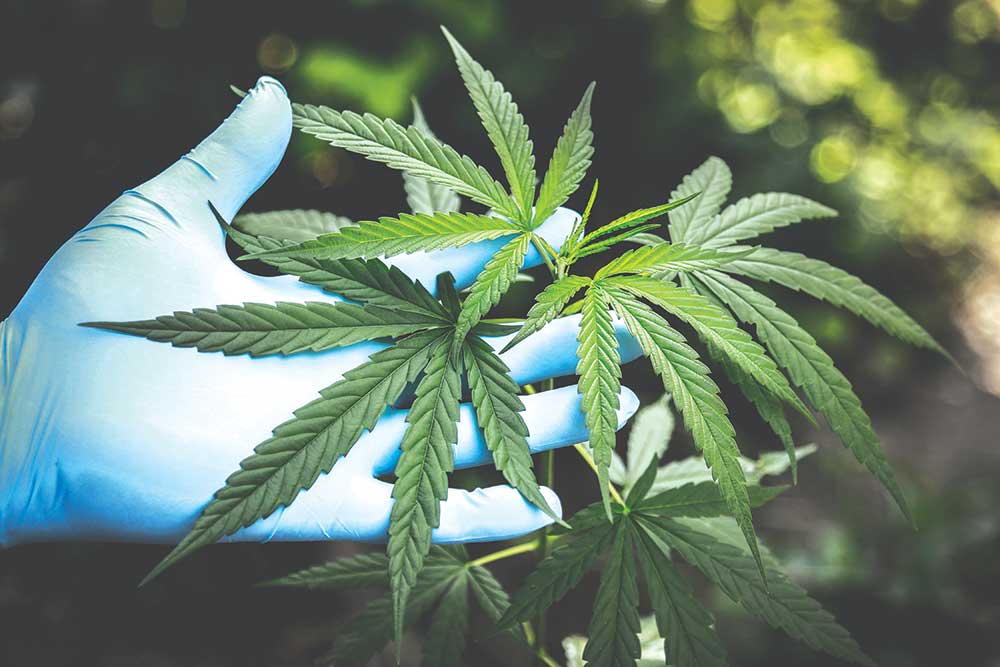 Dr. Cowan’s office has been closed since mid-March, so for the past five weeks his appointments have been only by phone. Benzinger has had an intense spring, planting and harvesting. At his farm on Sonoma Mountain, he cultivates summer savory, ashitaba and eastern dandelions. After they’re dried, he sells them to Dr. Cowan’s Garden (drcowansgarden.com), a Bay Area company that sells powders made from vegetables.

If it were up to Benziger and Cowan, Americans would eat their way to wellness with nutrient-rich plants.

“People who have optimal health—no cancers, no diabetes and no heart disease—typically eat 100 to 120 different vegetables a year,” Cowan says. “Most Americans only eat 10 vegetables a year and count ketchup as one of them.”

His company sells 30 different kinds of vegetable powders, though he makes no big claims for their medical benefits.

But his patients are true believers. During the current plague, demand has increased. Benziger can’t grow enough summer savory, ashitaba and dandelions to keep Cowan happy.

“Benziger is one of the best growers around,” Cowan says. “He has optimal conditions to cultivate ashitaba.”

Benziger has battled health problems for years, and, while he has turned to Western medicine, he also believes in the healing powers of mushrooms and marijuana, too, which he also cultivates.

“I will personally drive anyone skeptical about weed to a dispensary, introduce him to a knowledgeable person and ask for a recommendation for joint pain, anxiety and sleep,” he says.

Years ago, Benziger left New York, arrived in Sonoma, grew grapes biodynamically and made premiere pinot noir. Recently, he turned to the cultivation of lettuce and all kinds of greens which he sells to restaurants including Glen Ellen Star (glenellenstar.com), where Ari Weiswasser, his son-in-law, is the chef. His daughter, Erinn, juggles nearly everything else. These days, the Star offers curbside pickup for lunch and dinner, Wednesday to Sunday.

Next ArticleOpen Mic: The Animal Within