Your handy guide to this year’s local measures and elections 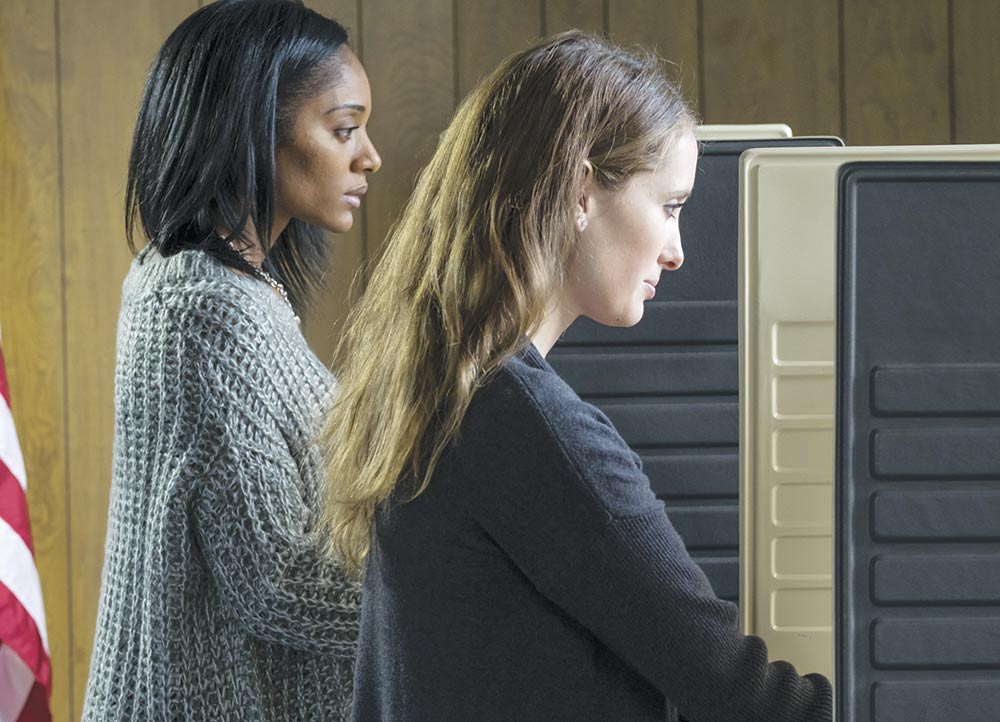 Like the long-necked dinosaur emerging from the Millennium Playground’s sand, San Anselmo’s Measure M has some history behind it—albeit not as much as the ancient-looking creature emerging from the sand pit, which local kids like to sit on.

A special Park Tax coming for a vote under Measure M this year would generate an estimated $500,000 annually for the next 30 years to fund repairs and maintenance on San Anselmo’s Memorial Park, the seven-acre park where Millennium Playground is located. The measure would create a $98 annual fee per residential unit and an additional tax, not to exceed $1,000 per year, on non-residential structures.

According to San Anselmo’s website, the town acquired the park—now known among many residents as the town’s “crown jewel”—in 1924.

“Over the years a playground, tennis courts, and most recently a skate park were added. Aside from the addition of the above listed amenities, the park has never received any significant renovations,” the website states.

While Measure M’s backers and opponents don’t seem to differ on the need for some maintenance on the park, in recent years they clashed over required changes, the cost of improvements and how best to pay for them.

That November, town voters passed Measure D, which called on voters to “save Memorial Park” by rejecting a competing council-backed proposal, Measure E, to create a flood-control basin in the park in exchange for state funding.

Measure E supporters maintained the flood-control basin would have “subordinate accessory use” and that the park would be rebuilt around it. Voters passed Measure D and rejected Measure E.

In shooting down the proposal to make the park dual-purpose, the town lost out on the chance to receive an $8.72 million state grant, leaving San Anselmo without enough funding to revamp the park, according to city officials.

This time around, park-funding backers aren’t kidding around. By June, Rod Kerr, chair of the town’s recreation and parks commission, amassed a troupe of about 100 volunteers to spread the word, according to the Marin Independent Journal.

“Measure M will repair drainage, irrigation and electrical systems, improve and expand bathroom facilities, improve access for seniors and those with disabilities and provide new picnic areas, benches and shade trees,” Kerr and other residents wrote in an argument in favor of the measure. “The children’s playground equipment will be restored to meet current health and safety standards.”

Opponents of the measure argue that the measure is not specific enough about what the money will pay for and the park’s various attractions will be torn down and replaced with new ones, an overly expensive prospect.

“We just need to restore and maintain the wonderful park we already have. Memorial Park needs new irrigation, drainage and sod,” the Measure M opponents argue. “Millennium Playground should be brought up to current standards. This can be done for a fraction of the cost and paid for out of the town’s budget.”

While the measure itself does not specify what to use the money for, the town completed a master plan for the park in early 2018 after conducting committee outreach. Town staff say they will conduct more outreach before starting construction, if the funding measure passes.

Ultimately, the “updated playground design would be the result of an extensive community process” and could incorporate components of the current, beloved Millennium Playground, according to a staff presentation at a Feb. 2018 council meeting.

Supporters may save the playground’s long-necked dinosaur from extinction after all.

As invested as both groups seem in San Anselmo’s “crown jewel,” apparently neither side invested any of their own money into the fight, according to a review of the Marin County campaign-finance database.

Councilmember Renee Goddard runs against Stephanie Hellman, a nonprofit coordinator, and Cindy Swift, a retired program manager for one of two open seats on the town council.

Michele Gardner, the town clerk, runs unopposed for another term in the same position.

Janet Garvin is alone on the ballot for another term as Fairfax’s treasurer.

Three of Novato’s five council districts are open this year. Each seat has multiple candidates, although campaign cash raised in each race tends to be lopsided.

In District 1, the north end, Jim Petray, an accountant, challenges Susan Wernick, a member of the city planning commission.

Petray contributed $5,000 to his own campaign, while Wernick raised $14,813.20, according to public documents.

The race to represent District 3, located in the middle of the city, pits incumbent councilmember Eric Lucan against Kevin Morrison, a community nonprofit consultant.

Melissa Galliani faces Mary Hoch and Amy Peele in the race to represent District 5, located on the southern end of Novato.

Carla Kacmar, the incumbent, runs unopposed for another term.

Elizabeth Dahlgren, the current treasurer, is the lone candidate in this race.

Scot Candell and Gabriel Paulson were appointed to the council in August after the two men ran unopposed for two open seats.

Since 1990, the Reed Union School District, comprised of three schools in Tiburon, has relied on local funding measures for 10 percent of its budget.

Measure E, placed on the ballot by the district’s board of trustees, extends that funding source to the tune of approximately $2.5 million per year for the next 12 years.

“If this funding is not renewed, our schools will face significant cuts, equivalent to laying off 23 teachers, which would be devastating to our local schools,” an argument in favor of the measure states. No one submitted an argument against the measure.

Despite a lack of formal opposition, the measure’s supporters filled the political committee’s coffers with cash last Wednesday, Oct. 2.

The Reed Schools Foundation contributed $39,000 to a political committee supporting the measure, according to campaign finance papers filed with the county. The Reed Union School District PTA contributed $11,000 on the same day.

Fairfax voters will consider Measure F, a 10-year extension of an existing $195 per year tax on homes and businesses to maintain police and fire services and fund additional public works projects. If passed, the tax will stay in effect until June 2031. Fairfax mayor Barbara Coler and Vice-Mayor Renee Goddard both support the measure. No one submitted an argument against it, which is common for these sorts of fire-protection measures, especially nowadays.