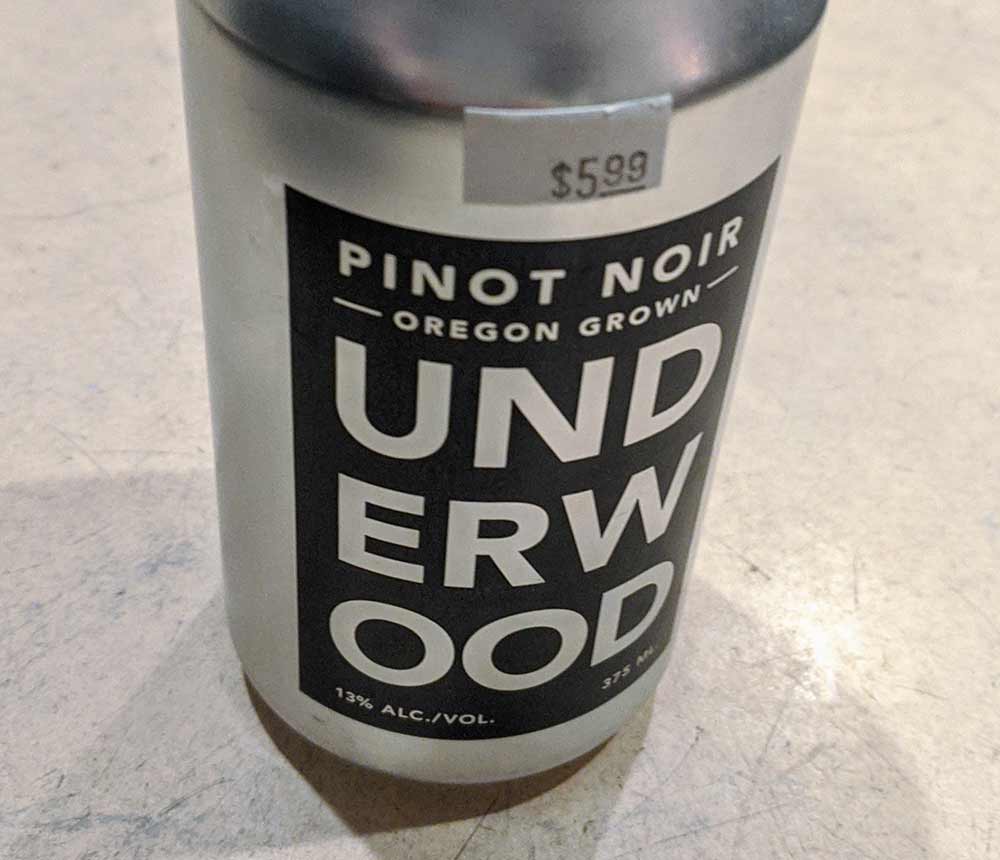 Remember a decade ago when the big debate was Cork vs. Cap? Simpler times, my friends. Simpler times. We’ve entered a new era—Bottle vs. Can.

The pitch is convenience: “No corkscrew. No glasses. No hassle.” But three no’s don’t necessarily make a yes. Naturally, cans are also easy to open and recyclable—but so are bottles if you have a corkscrew and a social conscience. The real question is, “How does canned wine taste?”

Francis Ford Coppola Winery was among the first to show its can-do spirit with Sofia Mini, an effervescent blanc de blancs blend that comes in pink 187-milliliter cans and decorative, boxed four-packs. It’s a reliably perky bubbler that tastes as if the zestings of several citrus fruits were crushed by wet, clean slate and paired with the Velcro sizzle of light effervescence. This works for my palate, but then I also like the aroma of rain-wetted asphalt. Sofia Blanc de Blancs Mini. $4.99 a can and widely available.

For those whose tastes skew a little less Barbie, there is my go-to du jour, Oregon-made Underwood, which proffers a canned version of its popular, relatively inexpensive, bottled pinot noir. Its handsome, minimalist packaging matches the no-frills wine within—it’s pleasantly understated with subtle berry fruit that suggests red-vine-licorice taste but from several paces away. From the fringe of the palate come notes of dark chocolate and a hint of old book (possibly Borjes, Cortazar?), a literary provenance due, in part, to the fact that the brand shares its name with a lauded typewriter company.

All in all, the whole affair suggests a home-from-his-first-year-of-college kid brother, who’s just discovered Lou Reed and Jungian psychology and wants to tell you everything you know already about the French New Wave but with the fresh-faced glee of someone who still believes. Underwood. $5.99 and generally well-stocked at most grocers.

“But can you taste the can,” you ask? Perhaps if you’re drinking it out of the can like a heathen. Cowboy up and pour it into a glass, let it breathe a moment, and ask yourself, “Does it really matter? Really? Now?” Here’s a notion to consider—it’s only 375 milliliters a can. A spit over 13 ounces. Half a bottle on the nose. If you’re anything like me, it’s basically guaranteed that an open bottle becomes an empty bottle, so if you’re sheltering-in-place alone (or at least drinking alone) and want to mitigate the Bukowski Factor, commit to the can. One is enough. At least for now.

Daedalus Howellhttps://daedalushowell.com
Daedalus Howell is the editor of the North Bay Bohemian and Pacific Sun. He is the author, most recently, of Quantum Deadline and is the writer-director of the feature film Pill Head.
Previous articleHoroscope
Next articleStreet Stories

FOOD FOR THOUGHT Feeding those less fortunate than ourselves is an...