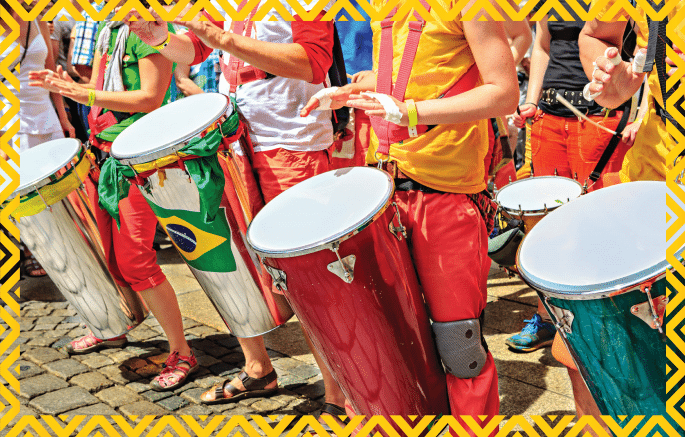 There are so many fun, cultural things to do on any given day in Marin that it’s hard to know exactly what to say “yes” to when your friends invite you to join them. You could catch a film that goes on to win an Oscar, hear an author speak about his or her latest book, check out what artists have been up to when they display their work in a park or hear Phil Lesh play a set at sunset. In the arts and culture realm, Marin is teeming with energy and creativity. We are spoiled. Very, very spoiled.—M.O.

New York Times-bestselling author Anne Lamott is a writer of contradictions. For instance, her nonfiction works—including essays and memoirs—are deeply personal, though they are universally relatable. Another case in point, her honest and wondrous writing is biting in its humor, though Lamott largely aims the sights on herself, injecting self-deprecating laughs in her stories of struggles and triumphs.

And in keeping with her trademark turnabouts, Marin’s Best Author went high when society went low last year. Lamott’s new book, Hallelujah Anyway: Rediscovering Mercy, is a breath of fresh literary air. With a caring and understanding tone, Lamott takes on the overwhelming negativity in today’s political and international culture head-on, and gets hands-on in finding humor and hope in between the headlines. Known across the country as “the people’s author,” she is also a sought-after writing instructor whose workshop sessions always sell out instantly. Lamott is a longtime staple of Marin, and she matches her words with action, supporting women’s rights, gay rights and environmental causes.

On a national scale, music critics and country rock aficionados still consider Danny Click & the Hell Yeahs! to be an under-the-radar sensation. Locally, Marin’s Best Band is pinging on all of the radars, with praise coming from fans and peers alike. The tall drink of water with a striking mane of snow-white hair past his shoulders and a sly, ever-present grin on his face is rarely seen without a guitar in tow, rocking festivals and performing intimate sets throughout Northern California since moving here from Austin, Texas, more than a decade ago.

Whether he’s supporting international acts like Australia’s Kasey Chambers or headlining Marin’s top venues, Click and his band make the most of their stage time with a joyful exuberance and celebratory atmosphere. On record, Click’s acclaimed releases under his own name have each spent weeks on Americana charts. His latest album, 2015’s Holding Up the Sun, is his most wide-reaching album yet, full of lush melodies and searing guitar work.

Gala That Gets It

Outdoor dining may have an Italian name, alfresco, but it was made for Marin. Aside from the region’s bounty of agricultural acreage and diverse culinary destinations, it’s also a perfect spot to take your lunch baskets and dinner plates outside and enjoy your meal among the elements.

Founded four years ago, Marin Alfresco is a gala that gets it. Hosted by the Osher Marin JCC, Marin’s Best Charity Event sits under the umbrella of the sky and boasts the Bay Area’s best chefs and wineries coming together in the great outdoors for a fresh and scrumptious dining experience among the stars to benefit scholarship programs at the JCC.

Taking advantage of an expansive campus setting, Marin Alfresco often begins in the Plaza J courtyard, where live bands set the mood and tastings excite the appetite. From there, a meal in a field pairs with silent auction action and lively dance music.

Normally, Marin Alfresco takes place at the end of May, though perhaps due to this year’s record-setting wet season, 2017’s incarnation is currently set for next October. The good news is that there is plenty of time to get your finances in order. Keep your eyes peeled for tickets to the always sold-out extravaganza.

In the immortal words of Gloria Estefan, “Get on your feet, get up and make it happen,” at Love2Dance. Located in Novato, Marin’s Best Dance Studio is the place to go for an encouraging atmosphere where you can move to the rhythm with positive, affirming instructors and all-skill level classes for all ages.

Have a toddler who loves to tango? Love2Dance hosts Little Feet courses that let children ages 2-5 explore their world with movement and creativity. For school-age children and adults, Love2Dance breaks down the class schedule by genre, with hip-hop, jazz, tap, ballet and musical theater categories, among others. Once you’ve got the moves down, you can become a part of the show, as Love2 Dance holds two showcase performances each year at the Marin Center. The studio’s upcoming performances include “Paint the Stage” with Little Feet dancers delighting onstage on May 21, and “Color the World with Dance,” featuring participants in a globe-spanning repertoire of works on May 28.

Love2Dance also offers special master classes from professionals in the world of Broadway and Hollywood, and the studio even sponsors trips to Disneyland. What’s not to love about that?

There are a ton of extremely talented music makers in Marin, as evidenced by the venues pumping out live tunes every day of the week, and the array of festivals that dot the calendar and landscape throughout the year. But, what’s less obvious is the army of engineers and production providers who make the music heard. One such audio entrepreneur is Renegade Productions, run out of San Rafael by audiophile Jake Hammerslag.

Often accomplishing behind-the-scenes magic, Marin’s Best Production is a team of dedicated professionals. Renegade Productions provides rehearsal space and studios for local bands along Hwy 101 (where noise complaints are few and far between), though the production company also takes the show on the road and offers a lifetime of experience and expertise as event coordinators. With a warehouse packed with the best gear in the business, Renegade can power a PA for your party or assemble a stage for your soiree. Get Jake on the phone for more information about what Renegade can do for you.

This isn’t the first time that we’ve sung the praises of Tom Killion. In fact, we’ve long fawned over Marin’s Best Visual Artist,  known for his spectacular woodblock prints depicting North Bay coastlines in vivid color and detail. As recently as 2015, when his collaboration with Pulitzer Prize-winning poet Gary Snyder, California’s Wild Edge: The Coast in Prints, Poetry and History, was released by HeyDay books, we’ve compared Killion to Picasso and Banksy for his iconic and instantly recognizable style.

And with each new breathtaking print, the artist continues to wow us with his imaginative landscapes. The 2017 Marin Cultural Treasure Award winner is currently wrapping up a solo show of his most well-regarded prints of Marin County locations at the Bartolini Gallery in Marin Center’s Exhibit Hall, closing on April 28. The next best chance to see Killion’s work is at his home studio during the Point Reyes Memorial Day Weekend Open Studios event May 27-29. Visitors can purchase Killion’s prints, books, posters and more, while viewing rare and out-of-print pieces and getting a glimpse of the artist’s printmaking process.

The full list of Best of Marin 2017 Arts & Culture winners: