.Believe It, Or Not

Grappling with Santa in the 21st century 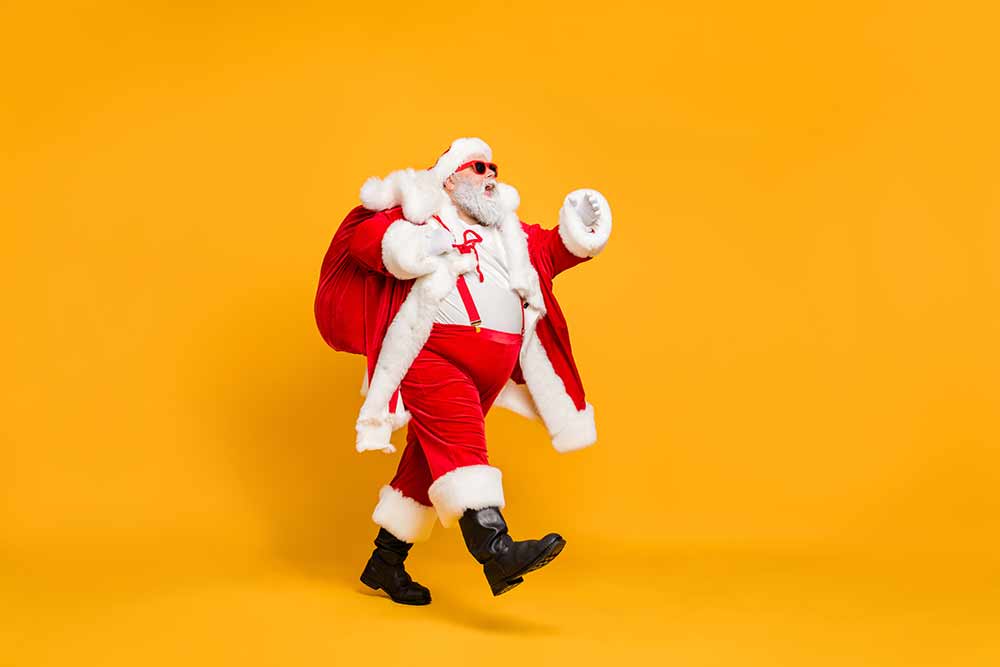 Belief in Santa Claus, like many an American’s belief in functional democracy and fair elections, almost never lasts forever. And yet, given differences in culture, religion and individual parenting choices, not every kid in the country grows up believing in the magical man with the flying reindeer.

Personally, as someone who stopped believing at the age of 4 (my parents were egregiously sloppy with Santa-details, wrapping paper and Christmas-morning protocols), I’ve long been interested in when and how different children reach the end of their faith in Kris Kringle’s existence. I’ve spent years collecting stories of people’s own moments of Santa Truth Awareness. As a journalist, I frequently have the opportunity to toss in the question, “How old were you when you stopped believing in Santa Claus?”

Here are three of my favorite Santa Truth stories from the last several months:

Author, comic and television host W. Kamau Bell told me during a moment at the 2018 Wine Country Spoken Word Festival that he never technically believed in Santa.

“My mom didn’t encourage me to grow up believing in Santa Claus,” Bell said. “I knew there was this thing out there, but I never connected that person to someone bringing me toys. So, my first memory of that specific version of Santa Claus was at a school event where they were taking kids to see Santa Claus. And I remember very specifically all the kids going in a room to meet Santa Claus, and me being led to … another room.”

Bell’s mother had sent a note, instructing her son to be excused from all Santa-related activities, including being forced to sit on a bearded-stranger’s lap.

“Part of that was, she remembered how painful it was, for her, when she found out there was no Santa Claus,” Bell said. “It was like, for my mom, that was the moment childhood left her. And she was like, ‘I don’t want to do that to my own kid.’ But she never explained any of that to me.

“We just didn’t ever talk about Santa Claus in my house. So that day, when I was sent to this one room and all the other kids went to see this guy in red with a big beard, I was sort of confused about the whole thing. I was thinking, ‘Why are they going in that room to talk to that guy, and I’m in here by myself with the teacher?’”

He estimates he was between 6 and 8 years old at the time.

Megan Westberg, the editor of Strings Magazine, estimated she was around 9 or 10.

“Oh, I definitely remember when I stopped believing—I walked up to my mom, who was sitting there doing something, and I said, ‘You know Mom, a lot of kids do not believe in Santa Claus anymore, but I do, because you wouldn’t lie to me … right?’” Westberg said. “I know, I’m the worst. And she turned around and said, ‘Oh boy. Megan, I’m sorry to tell you, but no, there is no Santa Claus.’ And apparently what I said was, ‘Well, I guess that’s bad news for the Tooth Fairy.’”

Actor Denis O’Hare, probably best known as the vampire king Russell Edgington on HBO’s True Blood, was fuzzier on how he came to stop believing.

“But I did grow up believing in Santa Claus,” he acknowledged, during a post-show reception following a Mill Valley Film Festival screening of his film The Parting Glass. Directed by Stephen Moyer and featuring Anna Paquin (both of whom appeared in True Blood), the film was written by and stars O’Hare, who both wrote and stars, who based the screenplay on his family’s story of dealing with the suicide of their youngest sister.

“I remember being 5 years old, with my brother in the bunk bed,” he said. “Every year, on Christmas Eve, I climbed up into his bunk bed so I could look out at the roof and hopefully see the reindeer landing. I remember waiting and waiting—I’d always fall asleep before they landed. And then people would say, ‘Oh, you missed it!’”

Though he didn’t remember the moment he stopped believing, he recalled that his younger sister continued believing for some time. “We all colluded to keep her believing as long as we could, as a family unit.”

“My son is 7,” O’Hare said. “He asked me point- blank, about five months ago … ‘Is Santa Claus real? Just tell me the truth.’ And I said, ‘No, he’s not real.’ He said, ‘Okay,’ but then, about two weeks ago, he was suddenly kind of like, ‘So, will Santa still bring me a gift if I want?’ So I’m not sure what he’s doing, if he’s still wanting to play the game, or he’s re-believing, or what.

“My older sister—Pam, in this movie—we’re planning to all meet up in Florida for Christmas this year, and she just asked me, ‘Is your son coming? Great, should we put cookies out for Santa and everything?’ I said, ‘Yes, go ahead’ … but at this point, I really don’t know what he believes. I guess we’ll all just play it by ear and let him decide when he’s ready to stop.”

Back to W. Kamau Bell, he went on to say that though he never believed, his own kids do.

“My wife grew up believing in Santa Claus, and she believes that kids should have that magic in their life,” he said. “There are some decisions in married life where you just say, ‘You know what? I’m going to stand over here and stay out of this one.’

“The joke in my house is that I’ll go, ‘So, you told Santa Claus what you want for Christmas yet? Did you tell Birthday Claus what you want for your birthday?’ And they’re all, ‘Oh, there’s no Birthday Claus!’ So we have fun with it, but I don’t know exactly where it all sits with my 7-year-old’s head right now. She’s beginning to understand, and sometimes she’ll ask, ‘Is there really a Santa Claus?’ And I have to be like, ‘Uhhhhhhh … talk to your mom.’

“But sometimes when I look into my kids’ faces, I sort of wonder what I missed out on,” he continued. “My daughter went and met Santa Claus once, and she was so blown away and filled with this kind of ‘Oh my God’ sense of wonder and amazement, I have to admit I had a little bit of envy that she gets to feel something I never got to feel. But hey, I don’t blame my mom at all—Santa or no Santa, I think she did a good job.”