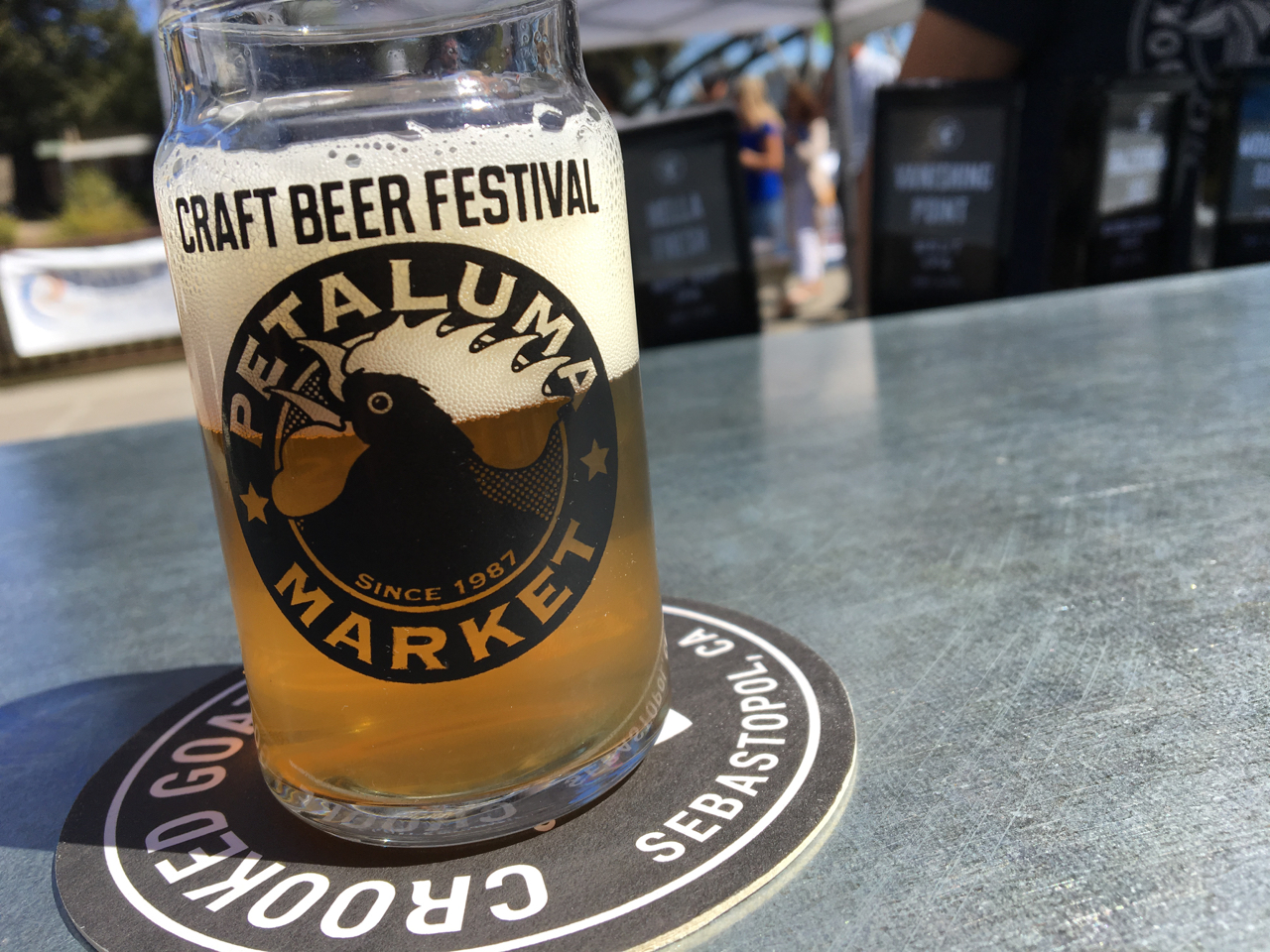 Hazy beers are still big, but here come the bruts

Even though the weather was clear and sunny last Saturday at the Petaluma River Craft Beer Festival, things seemed hazy.

The event had 22 breweries pouring their beers and several brought hazy-style IPAs. Hazy IPAs, also known as New England IPAs, are straw- to deep gold-colored. The IPAs have a low to moderate level of bitterness and are known for the flavor and fruitiness imparted by the hops. IPAs can be made hazy by adding hops after brewing or by adding just enough yeast before a beer appears murky. Some hazy IPAs may even appear opaque like orange juice.

Volunteer Ken Weaver handles the event’s social media and public relations. He mentioned the popularity of hazy IPAs. This is the first year that the Great American Beer Festival competition, taking place this week in Denver, will have a hazy IPA category.

“Hazy IPA saturation is pretty high throughout the country right now,” Weaver says. “In the Bay Area, we’re also seeing the inevitable pendulum swing back to IPAs that are drier.”

But brut IPAs, he says, are on the rise. These beers use an enzyme to ferment through residual sugars and ideally give them a bit of a Champagne-like feel. “They’re sort of a reaction against all of the hazy stuff that’s been taking over Instagram and everything else.”

Friends Mike Riboli and James Mentch of Petaluma attended the beer fest and they lean toward IPAs. “If somebody is putting out a hazy, I’m going to try it and see how they’re doing it,” Riboli says. “This winter, I’ll probably be drinking stouts, but for now [hazy IPAs are] kind of my go-to thing. I’m hopping on the bandwagon.”

Aaron Foster from Bear Republic acknowledges the haze craze. “The hazy thing just kind of came in,” he says. “It’s still to be seen where it’s going to go, but we like to stick to our traditional West Coast roots, even with our new hazy [Thru the Haze].”

“Sours have always been popular with us,” says Riboli’s co-worker Dustin Wallace. “People have always loved our sours, and people are going to love our new Sonoma Tart.”

Crooked Goat Brewing’s assistant brewer Rich Jeter has noticed the popularity of bruts. “I feel like I’ve seen almost every brewery around us is doing that,” he says. “We actually have two bruts on tap right now. I don’t think it’s going to be as big as the hazies, but everyone is just putting it out there and trying their hand with it.”

The beer fest is run by volunteers, as well as the Petaluma Valley Rotary Club and the Petaluma Chamber of Commerce. The two groups split the proceeds for use in community projects, such as constructing paths along the Petaluma River and putting in a park at nearby C Street. This year’s totals aren’t in yet, but last year organizers raised $40,000.

The event will be back next year, and Weaver can’t wait.

“I am so pumped to be at this festival,” he says. “This is my favorite fest of the year.”