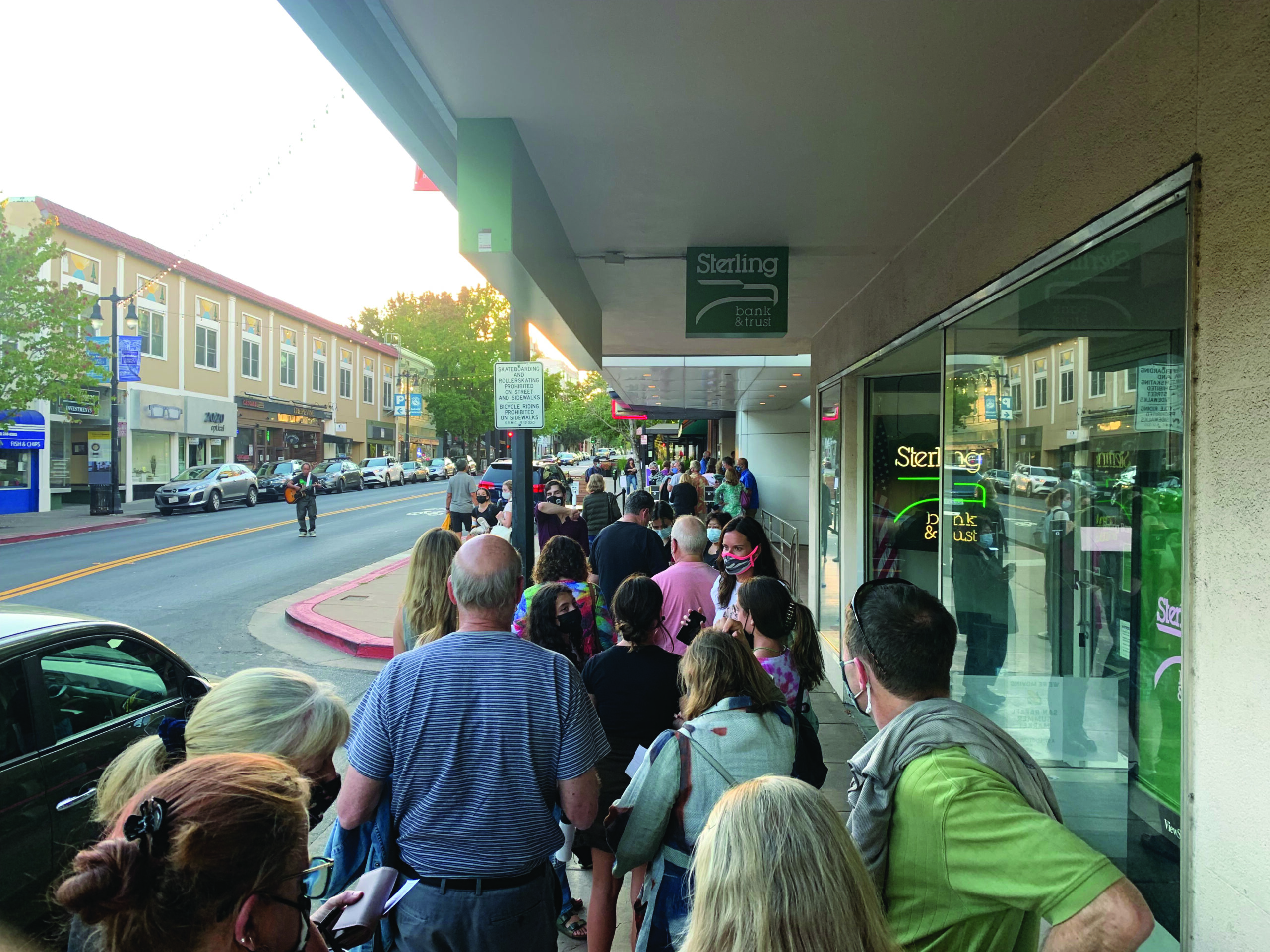 And Sir Kenneth won’t be alone.

Throughout this year’s festival, dozens of filmmakers will make their way to Marin, from exciting emerging artists to Oscar-winning legends. Denis Villeneuve finally unveils his epic adaptation of the science-fiction classic Dune, producer Nina Yang Bongiovi presents pirector Rebecca Hall’s Jim Crow-themed drama Passing and Jane Campion unleashes The Power of the Dog. For the first time since 2019, live audiences will be welcomed back to the annual event’s multiple indoor venues, as an array of established and emerging filmmakers happily engage with grateful film fans, and the good news spreads that—one way or another—the Mill Valley Film Festival is back.

If organizers have done their work correctly, and all indications suggest they have, one thing that won’t be spreading is Covid-19. After pivoting to a virtual/streaming event last year, augmented by several drive-in screenings at the Marin Civic Center, the California Film Institute, which produces the festival, is tackling the monumental task of staging a massive film festival in what is still a deadly global pandemic.

“It’s really tricky, because things are changing frequently,” says Jeromy Zajonc, director of operations and special projects at CFI. “There’s a lot to stay on top of when you are organizing an event as large and complex as a 10-day-long film festival.”

Zajonc acknowledges that fresh information—new safety advisories, new infection statistics and new health recommendations, none of which can be ignored—come along on a nearly daily basis. To help shape its company-wide response to such information, CFI is working with Dr. Lael Conway Duncan of the Marin County Department of Public Health. According to Zajonc, Duncan is the festival’s go-to health professional to look over plans and help the staff stay on target and establish the best possible safety protocols.

“Once we decided it was possible to do the festival in person, while a pandemic is still raging,” Zajonc says, “the next question was to figure out what that would look like. And to some degree we looked at what other major film festivals and events have been doing, from limitations on audience attendance to the number of events held to finding a balance of indoor and outdoor activities to which special guests and filmmakers are invited and from how far away we are willing to let them come.”

As of right now, he says, the organization is feeling good about the procedures it’s put in place, though the process has led to some difficult decisions, and the loss of a few traditional MVFF elements.

In addition to reducing the number of festival programs by more than half, scheduling films with much longer stretches of transition time in between them—about an hour—and miniaturizing the size of the festivals’ popular after-parties and receptions, all concessions—including popcorn, candy and beverages—will be closed at the Mill Valley and San Rafael theaters. Capacity inside the theaters has been carved back to no more than 75% per venue. Other significant reductions have been made as well. The accompanying Mill Valley Music series at the Sweetwater, for example, will experience a strict cut-back in its number of concerts, reduced from 10 shows in 2019 to just four this time around.

“It’s easier to stay on top of a dime than a quarter, right?” he says. “With smaller events, we can control the situation better. With more time in between screenings, we can allow more breathing room, less crowding in the restrooms and fewer folks assembling for one show in front of the theater while people spill out of the previous show onto the sidewalk.”

In addition to the in-theater screenings, the festival continues to offer streaming options for a large number of films. And in a move that seemed controversial when it was initially announced, but has since become industry standard, all staff and volunteers are vaccinated and wear masks, and all attendees must also be masked at all times and show proof of vaccination or a negative Covid-19 test to be admitted.

“That was a big decision when we first put that up on our website,” Zajonc says. “But now it’s more commonplace, and from everything we’ve heard people are very appreciative of it.”

Though there are still some who hold out hope that such measures are temporary, whether mandatory or just strongly recommended, Zajonc believes we should all get used to seeing and using masks, and carrying our vaccination cards—not just at this year’s Mill Valley Film Festival, but everywhere, and for some time to come.

“Honestly, I think masks will be around, and be part of doing things we want to do, for the rest of our lifetimes,” he says. “So we can complain about it, or we can get used to it and get on with it.”

Ticket sales for both streaming and in-person events have been really strong so far, Zajonc says. “That’s from all constituent groups. Certainly the long-time Mill Valley Film Festival attendees and pass-holders are returning in large numbers. But we’re also seeing a lot of brand-new customers who’ve never been to the festival before.”

And yes, he allows, people do seem very interested in the festival’s Covid protocols. “For some ticket-buyers, it’s the first thing they want to know about, even before they check out what films we’re screening and which filmmakers will be here in person,” Zajonc says, adding that the festival’s designated Covid page (MVFF.com/covid) has been extremely active. “We get a lot of eyeballs on that page.”

These protocols are not just to make the audiences more comfortable, but to keep the small army of staffers safe as well. Zajonc points out that while many attendees will be watching movies inside a theater for two-to-three hour stints, many festival staffers will be working eight to 10 hours a day.

Describing another accommodation that may be the first of its kind in the area—for an event of this type, at least—all staff and invited guests will be tested on site, some multiple times, and Covid-19 rapid testing will also be available on location for the general public.

“Those are some extreme measures, by Mill Valley Film Festival standards,” Zajonc says. “But ultimately, this is a festival. It’s supposed to be fun, and these protocols will allow everyone to relax and do that. People really want this festival. The filmmakers are very excited, the staff is excited and now we can just put the focus on the extraordinary films we’ve put together for this community to see together. In my opinion, this is going to be one of our best festivals ever.”