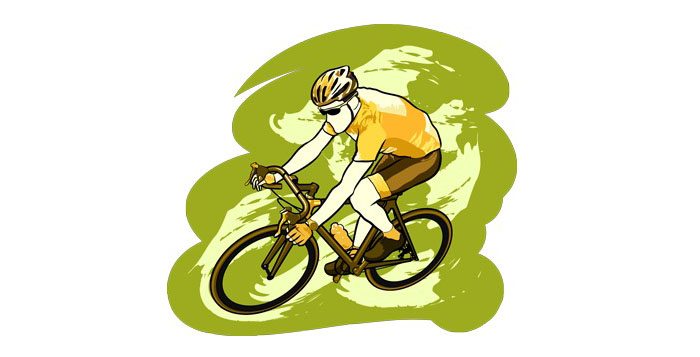 It’s like ‘Sons of Anarchy’ but with more Lycra …

Lawlessness is moving up Bridgeway into Sausalito. A few days ago I was southbound on Bridgeway, second in line in the left turn lane at Harbor Drive. The lights were red—the red arrow indicating no left turn, when a bicyclist loomed up abruptly on my right, cut across in front of me and streaked past the driver waiting ahead of me, and into a left turn—on the red arrow! Once again a bicycle rider showed us that bicyclists are above the law. OK, maybe not all, but many, and their numbers are increasing as is their arrogance and indifference to other users of our roads.

Don’t tell me that this bicyclist’s actions were OK because the traffic wasn’t moving—they were not OK. At the very least his weaving erratically through three lanes of traffic startled and distracted a minimum of four drivers and their passengers as he nonchalantly jumped the light—and the California Vehicle Code.

The Vehicle Code was not written just for motorists—it was written for bicyclists, as well. But, because bicyclists are not licensed, the code is not required reading for bicyclists as it is for everyone else applying for a license and since bicycles are not licensed, it is nearly impossible to ticket their riders when they violate the code. Bicycles operate in a privileged zone—outside the law but favored with perks such as prioritized green lanes and special signal lights, all paid for with the gasoline taxes we motorists pay but they do not.

I live on Gate Six Road in Sausalito and am forced to use the infamous and increasingly dangerous Gate Six Intersection every day. Every time I approach it I can expect to face bicycles approaching me in my lane, bicyclists circling around me chatting with their mates, bicyclists blocking the pedestrian crosswalk or zipping across in front of me as I pull ahead, cutting a diagonal across the intersection while wiggling the little finger of their left hand. A gesture that means, “I’m taking your right-of-way, get out of my way” or, maybe just, “F.U.” No worries for the rider; because the bicycle doesn’t have a license, the rider won’t get a ticket.

Watching the tourist bicycle riders from San Francisco at the intersection tells the story clearly; initially they stop at the intersection when the light is red and wait, wait until one of our locals and then another speeds across (it always takes two), then they decide it’s OK to ignore the light as well and slowly start up and cross. And all of this is seen by kids on bicycles, kids who are being taught that once they are grown, it’s OK to disobey the law.

When I was young, in high school, I rode my bike everywhere and I stopped at a red light and waited for it to turn green. We all did. We didn’t think about it, we just did. We were taught to respect the law so we stopped and waited, waited even when there was no cross-traffic.

A few years ago when the two-mile joint-use bike/pedestrian path from East Blithedale to Gate Six opened we locals were pleased, as many of us walked or ran on the path. We learned to listen for the distinctive jingle of a bike bell, or an “on your left” to warn us and often a “thank you” as the rider passed by. No more. The bike path has become a speedway where bicyclists riding side by side collide with pedestrians and the mantra of the road is, “I’m green ’cuz I don’t use gasoline, so paint me a green path and get out of my way!”

Lawlessness is insidious, it spreads. Our younger generation is learning that the rules and laws of the road are not to be respected. Soon they will grow up and extend that belief into the rest of their lives—and ours.

600 gallons a day? No wonder our calves are flushed …

If you’re serious about saving the environment, please listen to Chatham House—an international think tank that works to build a sustainably secure, prosperous and just world—and cut your meat and dairy consumption. Chatham House recently released a report confirming that animal agriculture is responsible for more greenhouse gases than the transportation sector and that greenhouse-gas emissions will continue to rise because of the growing global demand for meat and dairy products.

Studies show that people who eat animal-based foods have Sasquatch-size carbon footprints and that they also waste massive amounts of water, land, fossil fuels and other resources. A nationalgeographic.com report, for example, shows that the average meat-eater indirectly consumes nearly 600 more gallons of water per day than the average vegan.

Chatham House believes that government officials are reluctant to promote vegan living because they’re afraid of consumer backlash. Let’s show our politicians that we care about the environment—and animals—and are looking forward to trying more meat-free meals. Visit www.PETA.org for more information and tips on how to go vegan.

I certainly hope that Sun readers will join me in a campaign to shower Sen. Feinstein, her committee and their team of crack investigators with flowers and four-pound boxes of See’s Bridge Mix for uncovering the story that American forces in Iraq may have participated in not-so-nice treatment of Iraqi prisoners and, once the stories of such not niceness might become public, perhaps covering up the story with their ponchos, thermal blankies and hoodies.

That this story is, say, 10 years old or so, just goes to show that this senator and her committee will stop at nothing to get the news.

And we are indebted to dudes such as Cheney, Tenet and Brennan for defending first, the invasion, second, the torture, and third, keeping a nice lid on the truth.

We live in a great country at a great time in our country’s history. I think. Or is that sulfur I smell?

The fun part is that these kinds of what my mom used to call “shenanigans” started right after the end of the Second World War, when OSS turned into CIA.

If you want in on ALL the fun, go read Legacy of Ashes: The History of the CIA, by Tim Weiner.

In it you will learn that Rumsfeld, Cheney, Rice, Powell and Wolfowitz are amateurs. All they did was invade a sovereign country, kill and/or torture a bunch of people and blow a little dough.

And, oh yeah, get away with it.