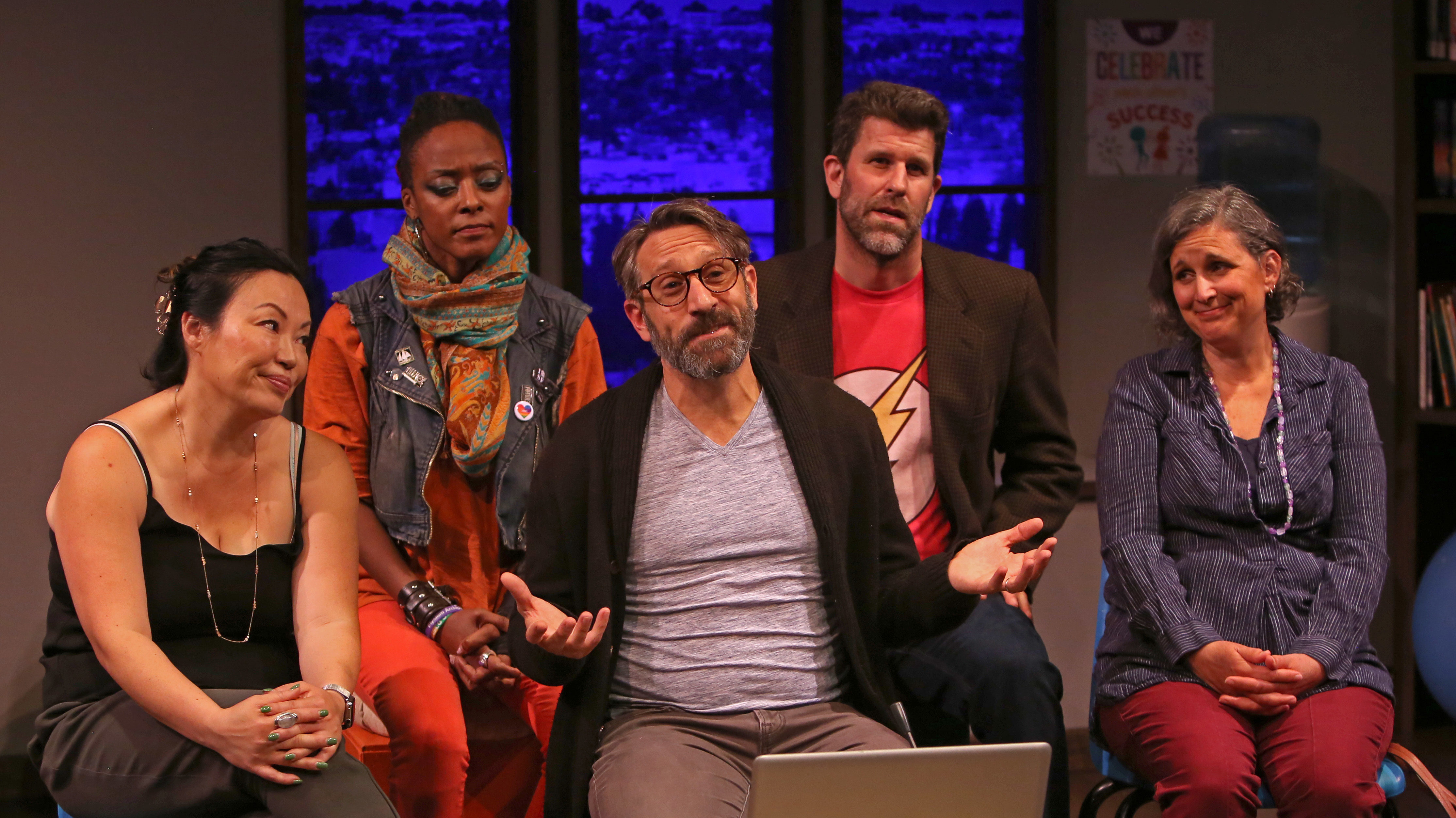 A recent New York Times headline asked the question, “Can a Play About Vaccines Be a Laughing Matter?” Bay Area audiences can answer that question themselves by attending one of two current productions of the play in question—Jonathan Spector’s Eureka Day. You can catch it Off-Broadway in New York, or you can go to the North Bay’s Spreckels Performing Arts Center in Rohnert Park where it’s running through Sept. 22.

Commissioned and produced by Berkeley’s Aurora Theatre Company in 2018, Oakland-based playwright Spector’s look at how the leaders of a Berkeley charter school deal with an outbreak of the mumps won that year’s Bay Area Critics Circle Award for Original Script. Not really a debate on the issue of vaccinations (it’s clear in the play where Spector stands), it’s more a look at how the attempt to find common ground on certain issues is an exercise in futility.

Everything you need to know about the school becomes clear in the first minutes. Gathered in the school library, the members of the school’s executive committee are discussing whether to add “Transracial Adoptee” as an option for prospective parents on the school web site. As consensus decides everything at Eureka Day, a lengthy debate ensues between Head of School Don (Jeff Coté), and parents Suzanne (Sarah McKheregan), Carina (Val Sinckler), Meiko (Eiko Yamamoto), and Eli (Rick Eldredge). This debate and its various amusing sidetracks set you up for the even larger debate to follow.

The school is notified that one of their students has contracted the mumps and the county health department is prohibiting students with no documentation of immunity from returning to school. How will the consensus-minded board and the parents deal with an issue that has no consensus?

Hysterically, it turns out, as the first act ends with a brilliantly scripted “Community Activated Conversation” (their term for a Facebook Live session) between the executive committee and the parents that is gut-bustingly funny.

So yes, a play about vaccines can be a laughing matter. The second act shows that it can also be somber, serious, and enlightening. Director Elizabeth Craven and her pitch-perfect cast give life to Spector’s infuriating, moving and completely recognizable characters who manage to give us insight into why some people choose to believe what they believe without validating those choices.

Sometimes agreeing to disagree just isn’t enough. Can we all agree on that?

Stage: All Together Now