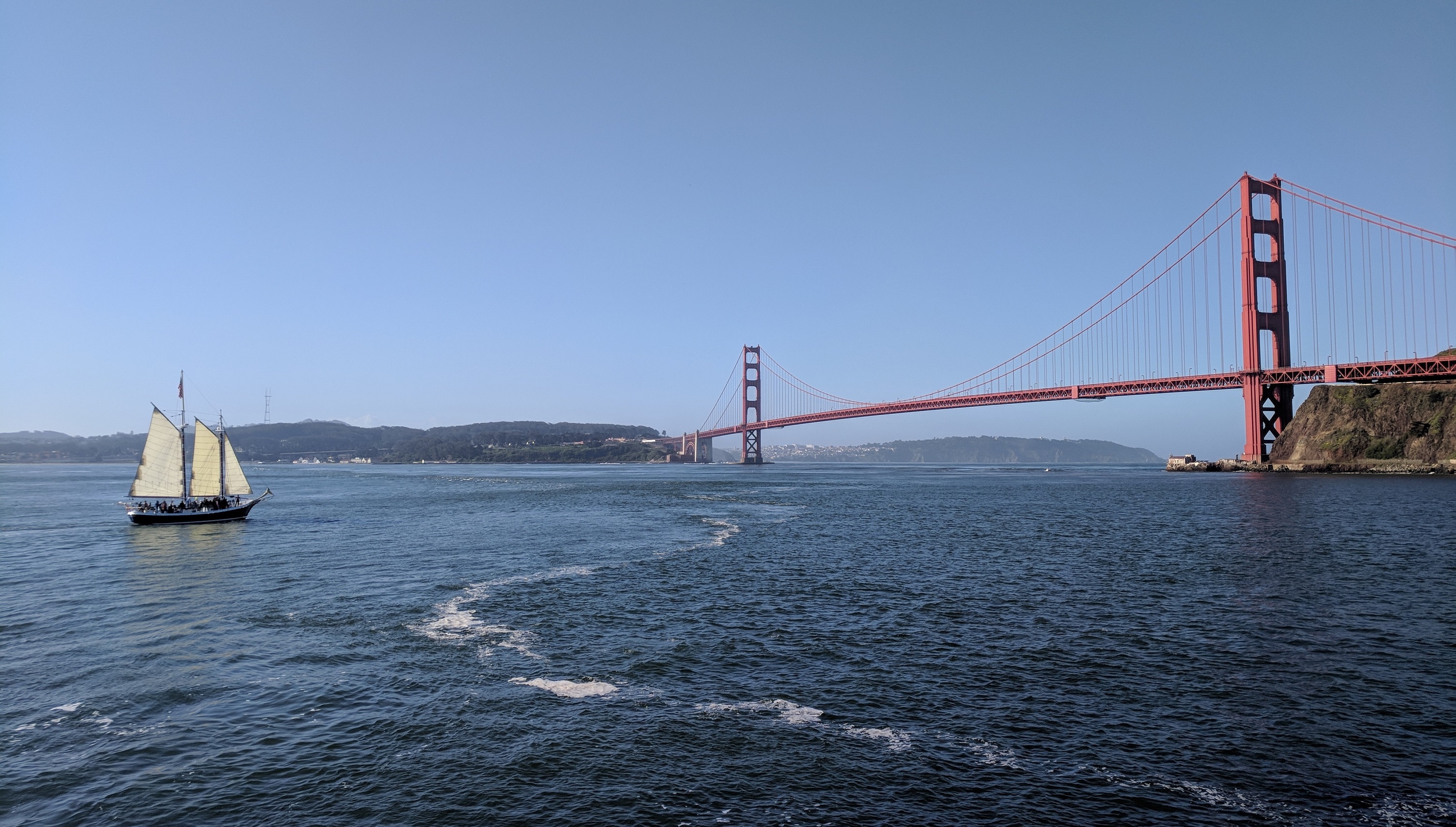 The Golden Gate Bridge District Board of Directors voted Friday to lay off nearly 150 employees to help shore up the district’s projected budget shortfall of some $48 million due to reduced ridership during the coronavirus pandemic.

By an 11-5 vote, the board chose to eliminate 146 filled staff positions and 59 vacant ones in early January. The board elected the layoffs in lieu of raising the bridge toll by up to $2 to replace the district’s lost revenue.

The board also pushed back the effective date for the layoffs from Dec. 5, which was recommended by the board’s staff, to Jan. 4 to avoid laying workers off during the holiday season.

“Sadly, it’s clear we need to take affirmative action to either reduce costs or raise revenue,” said Director Brian Sobel, the chair of the district’s Budget and Finance Committee.

With no authority to tax Bay Bridge, bus or ferry users, Sobel argued that paring down the district’s staff is the only way to cut costs without raising toll prices.

The district is expected to exhaust its remaining federal relief funding from the Coronavirus Aid, Relief and Economic Security Act by the end of November, at which point its coffers will be nearly empty, according to district officials.

District officials have faced public pushback in recent weeks, as well, when they’ve suggested the need to raise toll prices for the district to remain solvent.

The board also heard from multiple bus operators and union representatives arguing that the district was treating them as numbers on a spreadsheet rather than dutiful employees.

“This is a horrible and difficult situation that puts our duties as directors at odds with our feelings of compassion for our employees who work hard in our transit and ferry divisions,” Sobel said.

Board Director Sabrina Hernandez said it was painful to hear employees say that they feel undervalued by the district, adding that their work has not gone unnoticed.

“We recognize that you come to work, that you’re committed, that you’re making your own sacrifices on a day-to-day basis and face the unknown with people walking in the door and, perhaps, bringing COVID on board, exposing you and the rest of those riders on the bus,” she said.

Multiple board members expressed varying levels of optimism that President-elect Joe Biden’s incoming administration would be able to work out a new pandemic relief package, or that one could be passed during congress’ current lame duck session.

However, the level of funding for beleaguered public transit agencies in a potential relief bill remains up in the air, Sobel said.

Board Director David Rabbitt suggested potential federal funding for the Bay Area’s 25 Federal Transit Administration-eligible transit agencies would have to eclipse the $1.3 billion included in the CARES Act to adequately meet the needs of agencies like the district and BART.

“We got $1.3 billion and we thought that was a fabulous number, quite frankly,” Rabbitt said. “But that won’t be enough moving forward with the situation in front of us.”

Should the district receive more federal funding before Jan. 4, the board would be able to call a special meeting and reduce the number of layoffs or avoid layoffs entirely, according to district officials.

The board unanimously approved a $2.1 million severance package for the employees who will be laid off, offering them four months of medical benefits for the employee and their family and four weeks of severance pay or a $600-per-week stipend for 10 weeks.

The board also voted 14-1 to temporarily reduce pay for mid-managers, deputy general managers, district officers and members of the board by 10 percent.

“The district is clearly faced with an extreme financial deficit,” Board President Barbara Pahre said. “And it’s our responsibility, fiduciarily, to make the difficult decisions.”