It looks like a bike, only with a few sleek upgrades. On average, it can carry a rider at speeds of up to 20 mph, and is legally allowed everywhere a traditional bike can go. Because of its pedal-assist mechanics, a commuter can assail hills and make excellent time on his or her trip to work—at speeds higher than cars can go through some congested areas—and get a decent aerobic workout on top of it, avoiding (in most cases) showing up at work stewing in a messy pool of heat, sweat and exhaustion.

Best of all, for every one or two people traveling on an electric bicycle—commonly known as an “e-bike”—that’s at least one less car out on the road, clogging traffic and spewing exhaust—a positive move for commuters, pedestrians and above all, the environment.

“E-bikes,” says 30-year-old Karen Wiener, co-founder of The New Wheel, “are really exciting—and they have enormous potential to actually change the way our cities work.”

If she sounds a little extra-optimistic, Wiener knows it, and makes no apologies. She’s clearly having fun. When it’s pointed out that folks have predicted such transportation shifts in the past, such as when the makers of the Segway boasted that their device would remake roads as we know them, Wiener doesn’t budge.

“Have you ever ridden a Segway?” she asks. “E-bikes are really a different experience. Riding a bicycle is fun. It’s like magic. Remember being a kid, riding a bike for the first time? Well, riding an e-bike is like being a kid every day.”

On Saturday, July 9—a warm, windy day in Larkspur—Wiener, alongside her New Wheel co-founder Brett Thurber, hundreds of cycling enthusiasts and curious passersby, watches happily as the grand opening of their Marin County e-bike dealership quickly becomes more than just the ribbon-cutting of a new business. Together, Thurber, 29, and Wiener opened the first New Wheel in San Francisco five years ago. Though e-

bikes are not exactly new to Marin, having been offered for years by most Marin County bike stores, The New Wheel is the first dealership focused solely on electric bicycles. The service department is set up to do repairs on traditional bikes as well.

Today, however, the shop is in party mode, distributing T-shirts and buttons asking, “Does this e-bike make my butt look fast?” Outside, several e-bike manufacturers and accessory makers are displaying their wares, and offering demonstrations of how an electronic cargo bike can carry 50 pounds of dog food in its saddle bags, gleefully encouraging test rides of all of the various styles and sizes of bikes.

Given the raucous level of enthusiastic conversation that breaks out every time a new two-wheeled “test driver” returns from a trip along Sir Francis Drake Boulevard, or across the new pedestrian-bike bridge and beyond, one begins to wonder if The New Wheel is perhaps just one shiny spoke in some newfangled, fast-spinning, alternative transportation revolution.

“To be fair, electronic bikes are an evolution, not a revolution,” says Thurber, standing in the gleaming showroom, where dozens of test bikes wait, ready to ride, and more hang invitingly in front of a massive enlargement of an old railroad and ferry map from 1890. “An e-bike,” Thurber says, “is made of all standard components you’d find on most bicycles, because, you know, it’s a bicycle.”

Thurber and Wiener met while students at UC Berkeley, both in Robert Reich’s public policy class. Thurber was born in San Francisco, and is thoroughly accustomed, he says, to hills. Wiener, who was born in Copenhagen and moved from Denmark to Sausalito as a youngster, suspects that Copenhagen’s bike-friendly culture is embedded in her psyche.

“In Denmark, bicycles are just how you get around,” she says, “and I’ve always bemoaned the fact that you can’t really do that in San Francisco or Marin or Oakland. You have to be really committed, to ride a bike to work. And you have to change your clothes when you get there.”

“The experience of riding a pedal-assist electric bicycle,” Thurber adds, “is like riding a really nice normal bicycle, but with a strong tail wind. You are always cycling, you’re getting an aerobic workout, but the pedal-assist just makes it easier, effectively taking all of the hesitancy out of riding bikes.”

Thurber and Wiener admit that building a business around electric bicycles is not exactly what either of them predicted for themselves while students in college. The one thing they hoped for, they both now admit, is to find work that mattered.

“I think it’s relatively difficult to find something in life, these days, that is actually hopeful and positive,” Wiener says. “I never imagined being an employer, but here we are.”

Exactly how they got here—like many experiences out on the back roads of life, involved a few curves and one or two bumps.

“After we graduated,” explains Thurber, “I read an article about electric bikes in the New York Times. I thought it sounded really interesting.”

They rode a few, but weren’t thrilled with what Thurber calls their “clunkiness.” “They were more like scooters,” he says.

Eventually, when “pedal-assist” models began to hit the market, the two budding world-changers began to see a potential new market for e-bikes—one that might provide meaningful employment while actually also making a difference.

OK, so how exactly do e-bikes work?

There are three classes of electric bike, one allowing riders to reach speeds of up to 20 miles an hour, the other, known as “speed class e-bikes,” effectively doubling that. Then there are high-performance models that are more for thrill-seekers and extreme sports types.

Each e-bike carries an electric motor, which engages as the rider pedals. The harder they pedal, the more the motor works to assist in their efforts, resulting in a smooth, even ride whether they are moving slow or fast, or riding uphill, downhill or on flat streets.

“It’s like a spin class that you can take to the streets,” Thurber says, adding, “Even if you’re going up a hill, which would normally require a lot of extra effort on a bike, the effect is that the pedal-assist flattens everything out and helps you get over the hill.”

The average e-bike runs from about $1,500 for a very basic model to $5,000 and up. Concerns about bicycle theft, one of the most common and oft-unsolved crimes in the state, are addressed in that most e-bikes contain electronics which will send an alarm to the owner’s smartphone if the bike is moved, and will track its movements using GPS.

Electric bikes use removable 5- to 8-pound batteries that can be carried indoors and charged at any standard outlet, just like a cellphone. A full charge takes about 3 1/2 hours, and will power a bicycle for between 30 and 60 miles, with some e-bikes taking a rider as far as 120 miles on a single charge.

“The other day we took a long trip out to Bolinas,” Thurber says, “and we brought our charger with us. They’re small enough to carry in your bag. But you can always go into a restaurant or something, a coffee shop where you’d recharge your laptop.”

The relatively short charge might be difficult for those planning cross-country bike trips.

“People aren’t using them so much for touring, honestly, as they are using them for commuting,” Thurber says. “That is where e-bikes are really positioned to make a significant impact.”

Thurber and Wiener are hardly the only ones who believe that.

Last year, Governor Jerry Brown signed bill A.B. 1096, legislation designed to iron out some confusion where electric bikes are concerned. Initially regulated like mopeds or scooters, e-bikes are now classified as equal to traditional bicycles, subject to the same rules and regulations. Electric bikes, under A.B. 1096, are not subject to the same insurance and registration requirements that apply to other motorized vehicles.

The new law, which went into effect at the beginning of this year, was happily applauded by e-bike enthusiasts, who point to it as evidence that the electric bicycle movement is being viewed in the government and civic planning level as much more than just a fad.

“We always celebrate the opening of any new bike shop in Marin County,” says Tom Boss, the Off-Road and Events Director for the Marin County Bicycle Coalition, who is here to lend the coalition’s support to Wiener and Thurber. “This is a unique one,” he says. “For one thing, the shop is literally at the hub of the local

Boss predicts that e-bikes will continue to grow as more people recognize them as a reasonable transportation alternative, standing somewhere in between a bike and a car.

“I do think e-bikes are a real enabler for people who want to use their car less,” he says, “who want to get off of Highway 101, but who have never considered cycling because of the area’s hilly terrain. A mom with a toddler, or a commuter who’d normally stop at the grocery store to pick up groceries and haul them up the hill, they’re not doing to do that on a bike, probably. But with an e-bike, all of that becomes a whole lot easier.”

Speed is a factor, too. Though e-bikes must stay within legal bike lanes and follow the same rules, the steady speed they are capable of, regardless of the angle of the road, allows them to make better time than on a regular bike.

“With electric-assist,” he says, “it brings my average commute time more in line with that of a car. I don’t think it’s going to solve the traffic problem in Marin, but I do think it’s going to help. If we can get 2 or 3 percent onto bikes that weren’t on bikes before, that’s a very good thing.”

Longtime e-bike enthusiast Michael Bock—whose interest in electric bikes dates back to before they were called e-bikes—believes that the newer models, though still a little too expensive for the average person, are poised to make a difference as more and more commuters see them in action.

“Right now, the cost is mainly in the battery,” he says. “And as the industry evolves and that battery technology gets really dialed in, I think the price will come down, and the battery length will improve, and the bikes will become more and more user-friendly.”

Considered something of an e-bike guru in the area, Bock has committed a lot of his expertise and knowledge to helping support San Anselmo’s The Bicycle Works, a full-service bike facility, and one of the original providers of e-bikes in the county.

“I think e-bikes really could have the effect of getting people out of their cars,” he says. “People want to get out of their cars. But people have a funny idea about cheating. Some people do think of e-bikes as cheating, but all they are is a tool for getting people around with more fun and more ease. And believe me, it’s not like you aren’t getting exercise on an e-bike. You are. You just have some help with the parts that maybe are just too hard for some people to deal with.”

In other words, the future looks good for e-bikes, which—unless they go the way of some other “next big things”—could be a very positive thing for the future of Marin.

“That’s the reason we’re so excited,” says Wiener, after pointing a wide-eyed visitor to where she can sign up for a test ride on an Apple tablet. “What we are doing here,” she says, “is very hopeful. It’s a great, big hopeful thing. 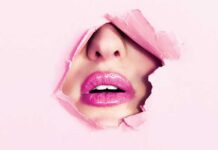 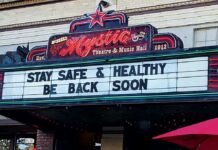 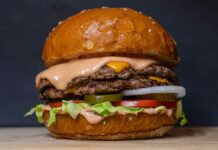 The Backstory of the Burger