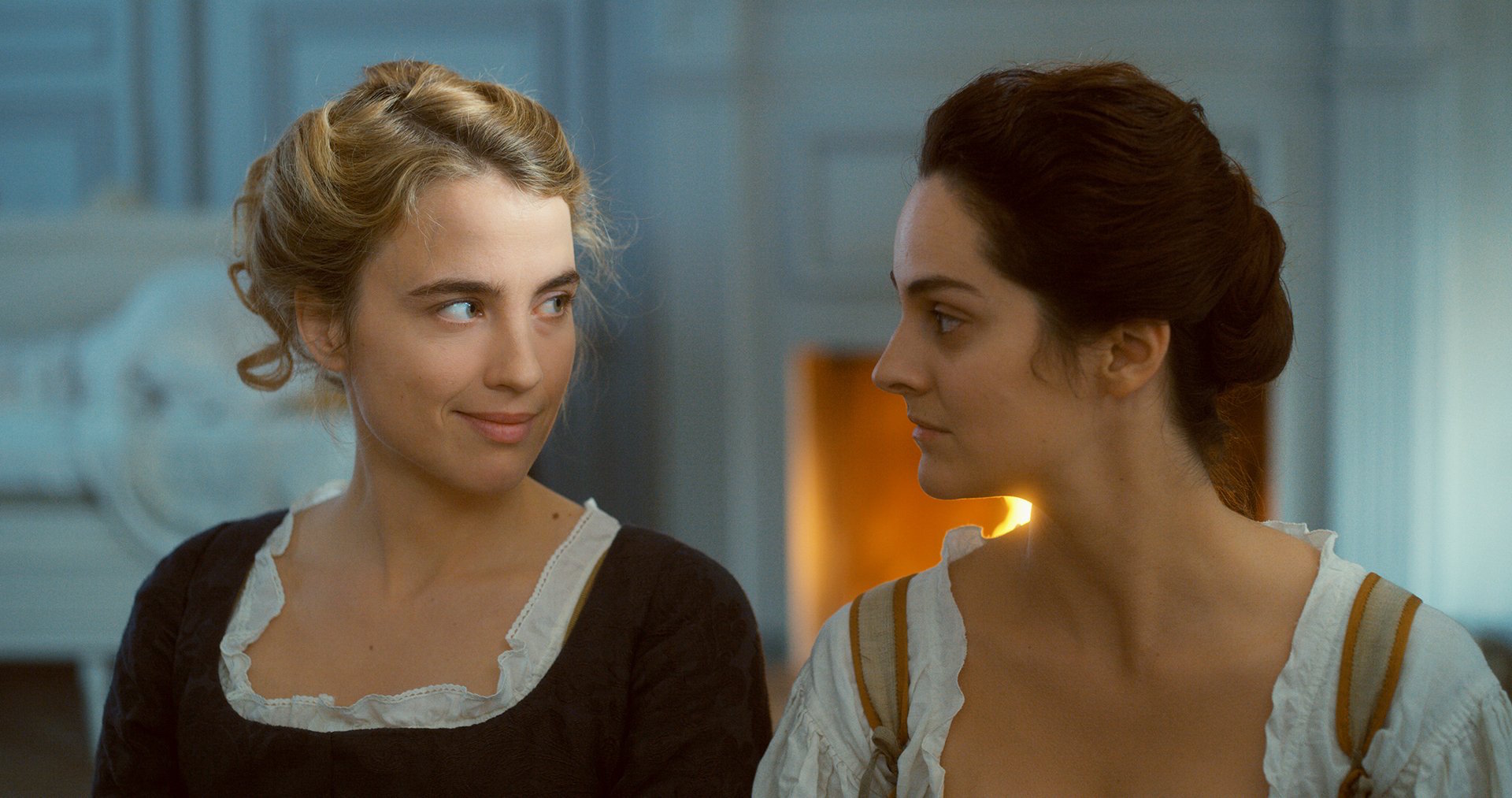 Passions burn in ‘Portrait of a Lady on Fire.’

The two-woman, huntress-gets-captured-by-the-game romance Portrait of a Lady on Fire offers a lot, particularly ravishing color that makes the actresses look like Fragonard paintings, with the spirit of the French revolution waiting in the wings to give the story some yeast. Also seen in director Céline Sciamma’s film is that French precision in defining feelings that makes an encyclopedia of the passions.

Sometime in the latter half of the 1700s, painter Marianne (Noémie Merlant) arrives at an island off Brittany in a rowboat in a rough sea. She shows her spirit right away. When her box of canvases falls overboard she jumps in after them, shoes and all. Marianne learned the trade from her artist father, and is on this island to paint Heloise (Adèle Haenel), the daughter of a countess.

But the daughter refuses to pose. They will send the portrait to a potential husband in Milan who wants a good look at this convent-raised girl, and Heloise doesn’t want to be auctioned off. Heloise also seethes because her elder sister fell or jumped from a seaside cliff, under circumstances that become cloudier the more they’re explained.

The seduction between artist and model is slow and tantalizing, since Marianne must covertly sketch the girl without being discovered. Heloise is a tough subject even when she holds still. It’s a task to get past her look of crossness and the creases of sorrow under her eyes. As the portrait progresses, it becomes a painting in which the love between painter and model is unignorable.

Subplots add cross-currents. Sophie (Luàna Bajrami) is a maid who must terminate her pregnancy in the old way—through teas of bitter herbs, and a visit to an old woman who specializes in just such things. The three women—painter, model and maid—sit side by side unpacking Ovid’s version of Orpheus and Eurydice.

On the whole, Sciamma masters the waxing and waning of moods. There’s a rowdy game of slapjack; later Heloise poses with a mirror over her naked loins so that Marianne can see herself reflected, the better to draw a self-portrait.

One takes away Heloise’s tousled hair and rich, bedroom half-smile, and tends to overlook Sciamma’s trouble settling on an ending. There is creeping anachronism here in the style of the paintings themselves, in an irresolute bit about magic mushrooms.

The especially picky could consider the way the gentry of the era looked at marriage. In 1700s Italy, there would be no reason Heloise couldn’t have a female companion, since her husband would most certainly be out with a companion of his own.

‘Portrait of a Lady on Fire’ opens on Feb. 21 at Smith Rafael Film Center in San Rafael.