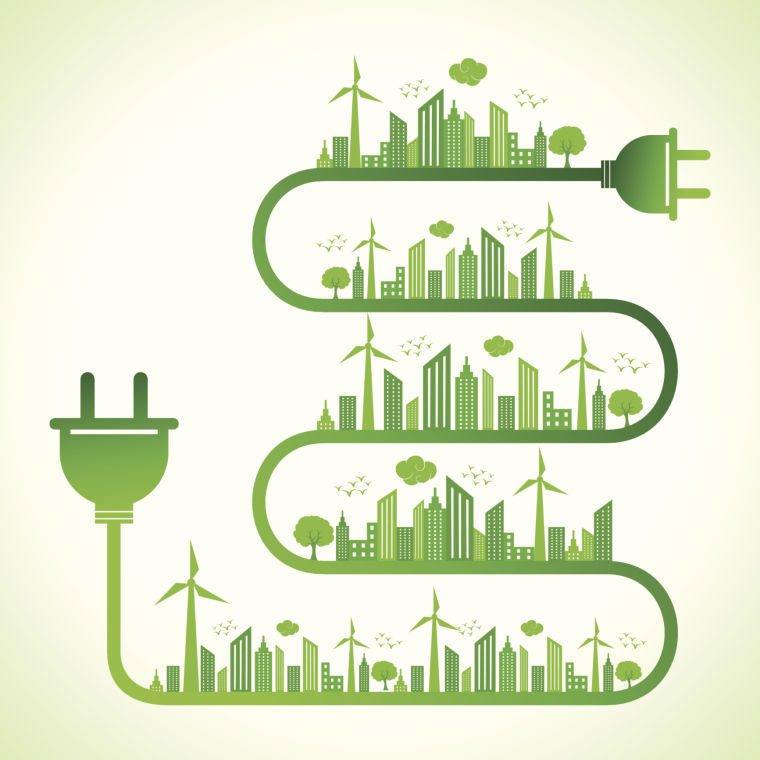 Marin Clean Energy (MCE) is about to celebrate its fifth anniversary. The success of the alternative power agency continues to trigger paroxysms of consternation among its critics.

Paul Fenn, a former Marin resident, wrote the legislation that allowed communities to choose where they buy their power. The legislation mandated that community choice aggregators could form their own power agencies and buy power from wherever they chose rather than from the investor-owned utilities in California. The legislation, AB 117, became law in 2002. It took until 2010 before a community choice aggregator formed and started operating a power agency. That was MCE.

The Marin Energy Authority (MEA) is the joint powers agency that took on the administrative role for MCE. Former Marin County Supervisor Charles McGlashan championed the cause of creation for MCE and was an igniting spark until his untimely death. The goal McGlashan wanted for MCE was to meet or beat the rates that PG&E charged. That, and striving toward providing as clean and as renewable an energy product as possible, would be the foundation of success for MCE, McGlashan often said.

Stiff opposition rallied even before MCE could start operating, but critics failed to put a spike in forward progress. The opposition did, however, delay the start of service. Nevertheless, MCE threw its first switch in 2010 and started providing customers in Marin with two options: Light Green, which provides an energy product that’s 50 percent renewable at a price that meets or beats PG&E, or Dark Green, which gives customers power from 100 percent renewable sources. Even before MCE started service, critics said the meet or beat goal was a pipe dream.

McGlashan and other early supporters also wanted MCE to produce clean power in Marin County (and elsewhere as close as possible). Local generation could contribute jobs and valuable injections into the economy, supporters said. Critics said that would never happen. It was a pipe dream.

MCE has, and continues, to meet or beat PG&E rates with the MCE Light Green product. According to Jamie Tuckey, MCE communications director, in 2015, MCE customers who choose the Dark Green option will pay $3.20 more per month than Light Green customers for electricity.

PG&E raised its rates about 6 percent in January. That adds about $5 per month to the bill for an average PG&E customer who consumes 500-kilowatt hours of electricity per month.

MCE now serves customers in Marin and Richmond. Unincorporated Napa County and the cities of San Pablo, Benicia and El Cerrito will begin receiving MCE service in the first half of this year. With additional service areas, Tuckey says, the typical MCE customer uses 463 kilowatt hours per month.

The Marin Energy Authority Board of Directors took a preliminary vote on Feb. 4 to raise MCE rates. The power agency meets just once a year to set rates for the year. PG&E sets rates throughout the year. Its customers can see increases as the year progresses. Even with a 4.2 percent increase for 2015, MCE still will beat the PG&E rates for 2015, Tuckey says. The Marin Energy Authority board will meet Thursday, March 5 to adopt the new rates, which go into effect in April. Using the typical MCE customer kilowatt residential consumption number, the MCE customer will pay $80.14 per month for Light Green. The typical PG&E customer will pay $81.58 per month.

While MCE is meeting or beating PG&E rates, critics continue to charge that the agency is a fraud that merely bills customers for some kind of ethereal or downright nonexistent clean power. They scoff at the MCE statistic that says it’s providing 50 percent renewable energy to its customers.

PG&E supplies 24 percent renewable to its customers. Those PG&E percentages follow state guidelines that prevent PG&E from including nuclear power and large hydroelectric generators. Even considering the state’s restrictions in calculating allowable renewable power, the PG&E track record shows it has been slow to meet state guidelines to produce renewable energy.

PG&E hasn’t always been on the bandwagon, even reluctantly. The utility first tried to scuttle community choice in general and MCE in particular by pushing legislation that would have stopped MCE dead. The utility backed Proposition 16 in the June 2010 election. That was one month after MCE started operating. The proposition required a two-thirds vote of residents within an area in which a community choice aggregator contemplated providing service. It also required a two-thirds vote within an area that an existing aggregator wanted to expand.

PG&E was the largest financial supporter of the proposition, contributing to the $46.1 million that went toward passage, as opposed to a mere $100,000 that opponents spent to defeat Prop. 16. The effort backfired for PG&E; voters rejected the proposition by a 52.8 percent margin.

That legislation, AB 17, calls for an opt-out system in which potential customers in a service area that will become part of a new public-power district must take action if they want to opt out. That requirement yields significantly more customers for a new public-power agency. Industrial psychologists say that requiring potential customers to take the positive action of opting in to a community choice aggregator is a mortal requirement for a new power agency. It’s just human nature to stay with the known and familiar.

AB 2145 failed to make the grade, but while it was bouncing around Sacramento, it sent shock waves through the community choice community. MCE was the first power agency in California to start operating under community choice. Since it began, public-power agencies have become hot topics across the state. San Francisco has been debating how to start an agency. The sticking point there is how much local generation to provide. Sonoma County Clean Power has already started operating.

In addition to creating local power agencies that initiate building projects and generate jobs and revenue for local economies, the new public-power agencies help spur the investor-owned utilities toward a more renewable future. Despite Prop. 16 and AB 2145, competition in the renewable world is alive and thriving, despite a continued harangue from critics.

Given the success of MCE, it’s curious why critics continue their vocal attacks on the agency. One of their harshest contentions is the assertion that Renewable Energy Credits (RECs), which MCE uses to boost its renewable portfolio to 50 percent for Light Green, are a scam.

It’s true that the staunchest advocates of renewable energy would rather see public-power agencies eschew RECs in favor of local brick and mortar projects. But even they often acknowledge that the certificates can be a legitimate way to subsidize renewable energy. Still, they also contend that RECs may be stultifying the renewable-energy industry. (Critics of MCE using RECs usually fail to mention that PG&E also uses RECs to meet its renewable portfolio.)

The issue is not unimportant, especially in light of report after report substantiating the critical need to increase renewable energy and reduce greenhouse gas emissions as fast as possible.

In essence, RECs provide a stimulus mechanism for the renewable energy industry, according to the federal Environmental Protection Agency.

When a wind farm, for example, produces one megawatt-hour of renewable energy, it gets one renewable energy credit. It can sell the energy along with the one REC. The REC proves that the energy was produced from a renewable source. The RECs can be sold along with the energy or decoupled and sold separately. RECs are a tradable commodity. Once they are bought and put into an agency’s renewable portfolio, the RECs are retired and can no longer be bought or sold. MCE renewable credit transfers are administered through a clearinghouse for renewable energy transactions and tracking called the Western Renewable Energy Generation Information System. Green-e, a recognized independent nonprofit, certifies the RECs.

Critics often say that the MCE renewable portfolio is a fraud because no one knows where the electricity coming into a home originates or how it was generated. Just because a customer pays for renewable doesn’t mean the power received actually has been cleanly generated. The concept of the power grid is a complicated and confusing one. Some critics honestly fail to comprehend its intricacies. Others trade on its complexity to confuse people into believing that renewable power and RECs are a phantasm.

McGlashan liked to explain the concept of RECs using a pond on a farm as a metaphor. The key is the aggregate of what goes into the pond. The more clean water in the pond, the cleaner the water farmers can take out of it. Although not all the water is clean, the more clean water added to the pond, the cleaner the overall product that can be withdrawn. That’s just like the power grid. The more renewable power—no matter the origin—that gets generated and added to the grid, the cleaner and more renewable the total amount of power that gets distributed. RECs provide a bridge to a renewable paradigm, say proponents.

MCE critics also attack on the ground that the agency contracted with Shell, hardly known for its clean energy history. But in starting a new public-power agency, early proponents wanted to go with a stable, known quantity. The Shell contract ends in a few years, and MCE has no current plans to continue with Shell, according to Tuckey. MCE critics who say that they’re sticking with PG&E rarely acknowledge that the investor-owned utility also uses RECs and has dealt with Shell.

MCE critics also said a Marin public-power startup could not possibly produce local generation projects. “Nine new solar projects in MCE’s service area will be built through our feed-in tariff program and local renewable development fund,” Tuckey says. “Half of the revenue from the Deep Green premium is directed to this fund, so it is our customers’ commitment to renewable energy that will make it possible to build MCE-owned, locally sourced power.” In addition to the solar projects on tap, MCE will begin generating power from methane now burned off at the landfill.

Given the benchmarks that MCE has met, it’s curious that critics continue their attacks. No tax dollars are at stake. MCE customers choose to stay with the agency and support it by paying the (lower than PG&E) rates MCE charges. Their choice seems to irritate the critics, who seem to think MCE customers have been duped. It’s an irrational attack.

Marin is, indeed, special when it comes to public power—in more ways than one. A highly vocal minority of critics continues to sling (unfounded) accusations with a vociferous enthusiasm that just doesn’t exist in the East Bay or Napa.

Next ArticleVideo: To the beat of your own drum