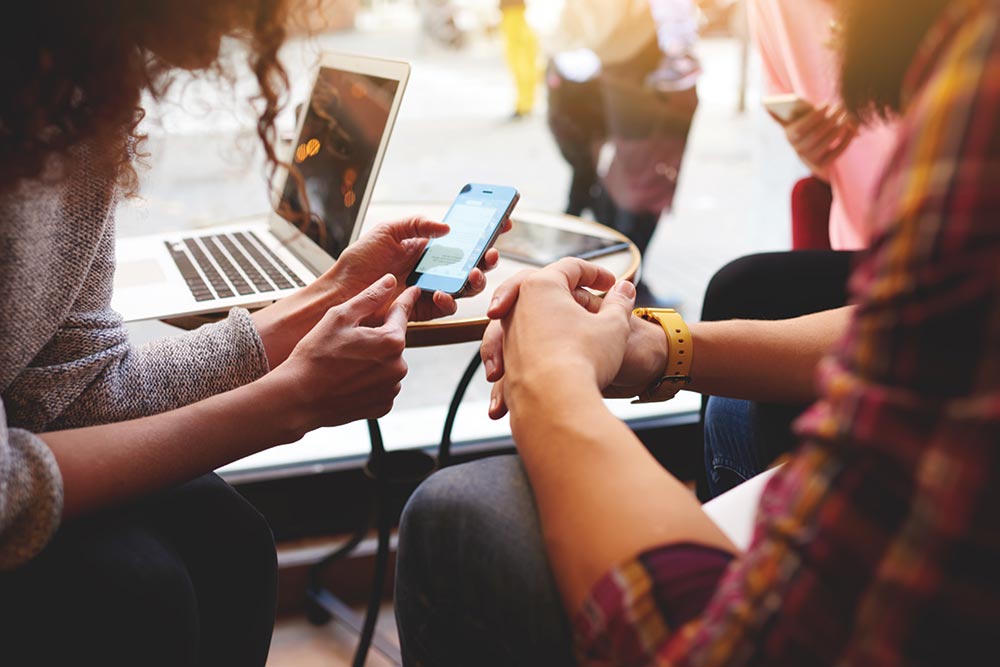 The radio antennas poised to spring up on poles around the North Bay may look innocuous, but are they really? A debate over the fifth generation of wireless cellular technology—known as 5G—ensues while deployment begins across the region. As residents and elected officials ask questions about the potential health impacts the wireless transmitter proliferation brings with it, some localities debate bans on the new hardware.

However, recent FCC rulings designed to ease the way for 5G (under the rubric of National Security) give municipal governments little ability to restrict the new–and–controversial additions to the physical landscape.

At issue are the small devices affixed to light poles or other vertical spots surrounding homes, offices and public spaces. Champions stress the benefits a speedier backbone for data-enabled objects will bring. Everything from color–shifting light bulbs and eco–friendly thermostats to card swipers used by yoga instructors and dog walkers will perform with less digital lag time. Critics decry small–cell ubiquity as a bath of invisible, cancer-causing radio waves penetrating soft human tissues—and decry the absence of local control over the 5G juggernaut now afoot.

Resistance to the small–cell rollout is growing. In early 2018, Santa Rosa was forced to walk back a 2017 agreement that would have allowed Verizon to improve its network by installing 72 antennas on wooden power poles and streetlights around the city. City councils in San Anselmo, Mill Valley, Ross, San Rafael, Petaluma, Sebastopol and the City of Sonoma all tried to get in front of the issue with ordinances limiting where the devices could be placed.

Members of the Sebastopol-based EMF Safety Network, founded by Sebastopol artist Sandi Maurer, recently marched through downtown San Rafael to bring visibility to the issue. There’s a robust and regional grassroots letter–writing campaign to put the kibosh on 5G, and numerous local governments have weighed in with hearings and ordinances pegged at the health concerns. The drive by “Big Telecom” to expand its wireless data capacity is not going as smoothly as it may have hoped in the communities north of the Golden Gate.

5G is quite different than the generations that preceded it. It uses a different type of microwave, with a higher frequency that enables faster transmission of information and optimizes new autonomous gadgets that talk to one another.

The connective infrastructure of the so-called Internet of Things that raised concerns across the North Bay centers largely on the antennae that need to be deployed by the thousands for 5G to work. Owing to 5G’s wavelength, which is shorter and more powerful than its predecessors, the network requires that many radio broadcasting devices be installed—and that they’re located close to one another.

Epidemiologist Devra Davis is the director of the environmental think tank Environmental Health Trust. She’s written that 5G tech has the power to disrupt the flight patterns of bees and birds, and could also disrupt aircraft navigation. CBS news reported last May that the tech could interfere with weather forecasting.

5G is not simply a new generation of cell technology. It employs a powerful wavelength in the radio spectrum—higher frequency non–ionizing microwaves—to transmit the ever–growing volumes of data received and generated on smart devices. Promoted by the industry as being a hundred times faster than 4G, it will allow, for example, videos to be downloaded in seconds.

These so-called “millimeter waves” are more powerful and shorter in length than current cell technology. The 5G system planned for the region requires many more cell towers closer together, including in residential areas.

Some 13 million towers would be needed nationwide, according to a recent report done by Google for the Department of Defense. “Ten cities are now online,” says Verizon spokeswoman Heidi Flato. “We hope to have 30 by the end of the year.” There’s lots of competition for the 5G business, she adds, with companies such as T-Mobile and AT&T pushing 5G plans of their own. “There’s definitely a race to 5G,” Flato says. “Verizon is ahead of its competitors and eager to deploy this technology.”

Small–cell towers are showing up cities and towns that are not yet “live.”

North Bay residents concerned about what they describe as negative health impacts of the new technology have pushed back against the proposed rollout.

Some 40 people showed up at the Sonoma City Planning Commission meeting on July 11 to oppose Verizon’s proposed installation of three towers in the city’s commercial hub. Many, but not all, say they suffer from Electromagnetic Hypersensitivity (EHS). For them, health is the primary concern.

The Planning Commissioners says their hands are tied because of FCC regulations, dating back to 1996, that deny municipalities jurisdiction over the towers. Cities can only make decisions regarding the design of the cell towers, nothing more.

“There is no doubt that 5G will affect health,” says Dafna Tachover, citing the results of a $25 million study undertaken by the National Toxicology Program in 2017, which found a link between cumulative exposure to electromagnetic radiation and two rare types of brain cancer and DNA breaks.

Tachover was the Director of Information Technology for the Israeli Defense Force (IDF) when she says she developed symptoms of electromagnetic sensitivity. This month she delivered her three–hour lecture in Sonoma, Napa and Santa Rosa, explaining the research that continues to implicate wireless as the cause of her illness.

Her City of Sonoma talk took place in a classroom at Vintage Senior Center with the fluorescent lights turned off, where she reeled off references to numerous scientific studies claiming 5G has significant health effects.

A study published two decades ago by the National Toxicology Program (NPT) found that the effects of radiation exposure are cumulative. Researchers at NPT found long–time wireless users may develop headaches, fatigue, anxiety, insomnia and brain cancer when exposed to wireless vibrations. EHS is now established as a disability by the nonprofit American Association of People with Disabilities.

In Santa Rosa, installation of the new towers was already in process before residents took note. Like other municipalities around the North Bay, city officials’ hands are tied when it comes to the FCC’s recent rulings.

Gabe Osburn, the deputy director of development services for Santa Rosa, explains that the city only has jurisdiction over poles in the public right of way—namely, streetlights. “The council gave us the authority to approve installation on a pole–by–pole basis,” he says. But the wooden poles are not in their jurisdiction.

Verizon proposed 72 poles for Santa Rosa. It contracted with the owners of the wooden poles, PG&E, and began installing cell towers in residential areas around town.

The city held two public meetings and halted streetlight deployment while officials figure out their next step. Other North Bay cities have taken action to assuage residents’ concerns. Mill Valley, Belvedere, Sonoma, Sebastopol, Petaluma, San Rafael, San Anselmo and Fairfax have revised their telecommunications ordinances in an attempt to regulate the placement of the new towers, as did the Marin Board of Supervisors. These ordinances mainly regulate where cell towers may be installed and how close to one another they can be placed.

Petaluma’s ordinance is the strongest in the North Bay. It prohibits small–cell installation on city–owned poles, allows towers on electrical utility poles only in mixed–use commercial zones, (not in residential areas) and decrees a 1,500-foot setback from any two towers.

“The industry claims that the guidelines give them more freedom,” she says, “but a suit in the 9th Circuit Court claims that the location of poles is beyond the jurisdiction of FCC. The FCC is responsible for regulating communications.” Resolution of this suit is expected by the end of the year.

San Jose and New York have sued the FCC to demand the amended guidelines be repealed.

“But even if those contested guidelines go into effect as written,” says Tannenbaum, “we believe we are still compliant.”

In California, Hillsborough, Piedmont and Danville banned 5G. They’re being sued by Verizon. In Sebastopol, Verizon yielded to citizen pressure and withdrew its applications for two new towers, thanks in part to the actions of the EMF Safety Network, a local nonprofit.

EMF Safety Network director Sandi Maurer says she began experiencing EHS symptoms in 2006. Finding no explanation for her discomfort, she called on Michael Neuwert, a local electrician who started researching the health effects of electromagnetism exposure in the 1980s. He came to her house to examine the wiring. “When he shut off the breakers, I immediately began to feel better.”

Maurer set out to learn all she could about the effects of EMF. In 2007, the Sebastopol City Council took up a popular proposal to provide free WiFi. Maurer began going to meetings. Despite her opposition, the council unanimously approved contracts to provide free WiFi but flip-flopped two months later and rescinded the contracts.

Maurer was more successful in her fight for an opt-out from smart meter installation, which also uses a pulsed–wireless technology. Now her organization is petitioning the Sonoma County Board of Supervisors to block 5G. Sebastopol activist Rebecca Godbe-Tipp reports the supervisors “told us no one has complained about the cell towers.” There are no applications in the unincorporated areas yet.

“People say nothing can be done at the local level, but people really do have power. The science is already there, and we have a right to a safe community,” Maurer says.

In April, the California Court of Appeal cited the section of the 1996 law prohibiting towers in the public right of way if they “incommode” public use. The towers may be disallowed if they “generate noise, cause negative health consequences or create safety concerns. All these impacts could disturb public road use, or disturb quiet enjoyment.”

If the Ninth Circuit Court of Appeals acknowledges the FCC does not control local infrastructure, that could support the fight for local control. In the meantime, the FCC’s attempt to usurp local control prompted legislation to restore municipal authority by Sen. Dianne Feinstein (S. 2012) and U.S. Rep. Anna Eshoo (HR. 530).

North Coast Congressman Jared Huffman is a co-signer on Eshoo’s bill. He says that while he’s “agnostic” on 5G and purported health issues associated with it, his emphasis is on localism and over-reach by the federal government on this issue. “I don’t like the idea of the federal government—and especially this administration, which consistently shills for big business— running roughshod over our communities. I trust my local government to do its job.”

Verizon hasn’t begun the big push for 5G antenna in the North Bay—at least not yet, says Flato. “We have not announced 5G launch for the North Bay yet,” she says.

The small cells installed so far aren’t a signal that 5G has arrived, only that it will: They “pave the pathway for 5G,” she says. Verizon’s working now to densify its 4G LTE network, she adds. “There’s been a dramatic increase in data usage. If you think of cell network as a highway, commuter lanes jam up at certain times of the day.”

Small cells add more capacity, she says, as if you were adding more lanes to a highway. “People are using data–rich applications such as video streaming. Small cells will allow more people to do more things.”

Flato didn’t address health concerns raised by activists about 5G, and directed inquiries on that subject to the Wireless Industry Association website www.wirelesshealthfacts.com.

Activists vow to keep up the fight. Anti–5G Novato attorney Harry Lehmann notes, “If cities have the courage, they can stop this.”

“It’s now established that this radiation is carcinogenic and harmful to health,” he says. “Cities that go along with the industry people are in direct conflict with their civic responsibilities.”

Stephanie Hiller has written on 5G health issues in her capacity as a columnist for the Sonoma County Gazette. Pacific Sun editors contributed to this article.