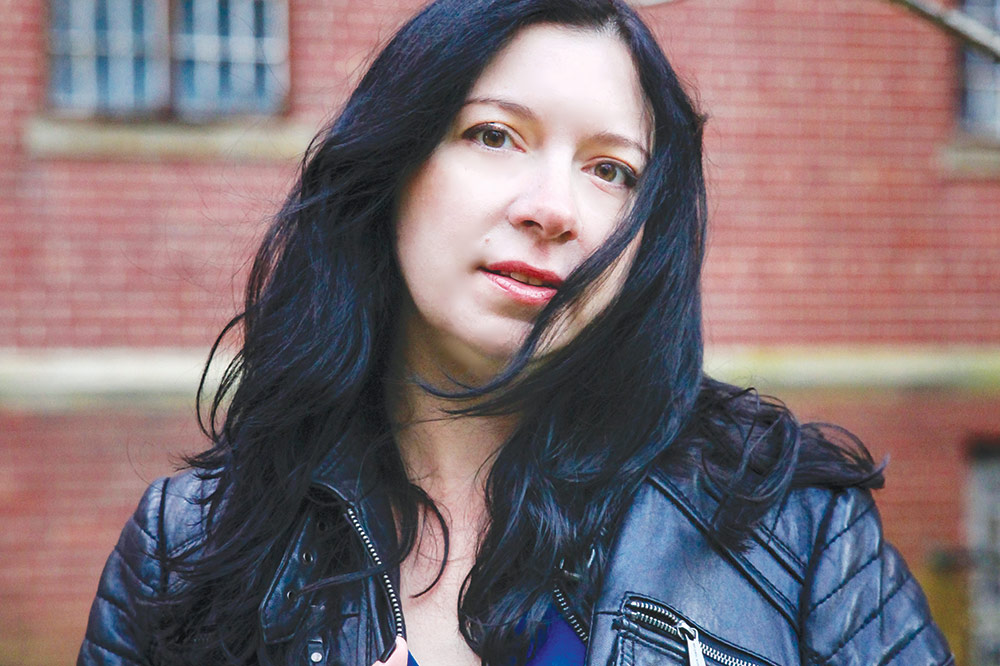 Alison Stine’s new thriller takes place in a world racked by climate chaos. The main character, a woman named Wylodine (Wil to family and friends), cultivates cannabis and vegetables. She’s a valuable human being in an apocalyptic near-future in which she must fight to survive.

Road Out of Winter ought to be of special interest to pot farmers and dystopians, though one doesn’t have to be either to enjoy the narrative that takes Wil through a series of adventures and misadventures in Appalachia, a region the author knows well.

Stine grew up in a family of farmers. She lives now in Denver, Colorado, but she spent much of her adult life in Athens County in rural Southern Ohio, where there was poverty aplenty and music, food and community.

“The idea for my novel was a world in which spring never comes,” Stine explained during a phone conversation. “Road Out of Winter has been classified science fiction, but it doesn’t feel like that to me. We’re barrelling toward the world I’ve written about.”

Until recently, growing cannabis in Ohio was illegal and underground, with aspects of criminality.

“I have used cannabis,” Stine says. “For me it’s like drinking champagne. I think all plants are magic. The Earth can give us so much if we take care of it.”

Road Out of Winter is dark, but not depressing. Readers will probably identify with Wil and enjoy the other main characters, including an environmentalist named Dance, who seems as if he might have stepped out of the forests of Northern California.

“Everything’s fucking falling apart,” he says soon after he shows up in the pages of the novel.

Dance has some of the best lines, but so does Wil, who tells her  friend, Lisbeth, that cannabis “can do good things. It’s medicine and I believe it should be legal.” Dance is New Agey, but some of the other male characters are menacing and a threat to Wil.

Stine tells me: “I’m a single mom raising a 10-year-old son, which can be a challenging thing in a world in which many men often don’t show their feelings and vulnerabilities and express compassion.”

She’s completed another novel, titled Trashlands, in which plastic has taken over the Appalachians. It features a young mother who must choose between “love and survival.” Publication is fall 2021. “If the world is still here,” Stine says.

Her dream, she says, “is to live on a farm and grow things.” That’s ironic. “Having grown up on a farm, farming was the last thing I wanted to do.”

Jonah Raskin is the author of “Marijuanaland: Dispatches From an American War.”