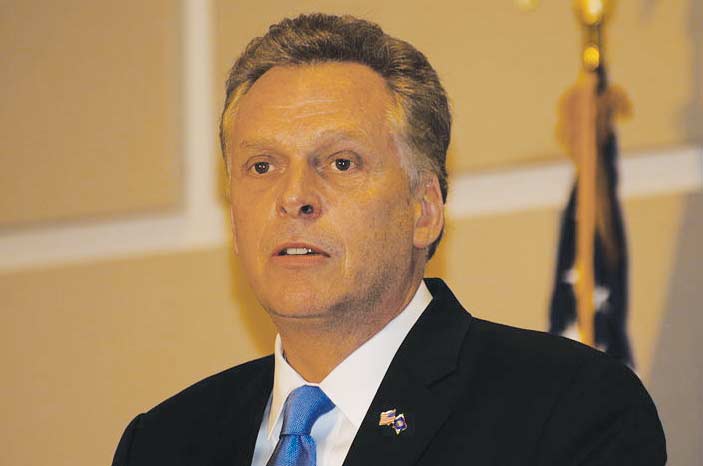 The footage coming out of Charlottesville, Virginia in August of 2017 was horrifying: first, on Friday night, a torchlight rally of pallid-faced white nationalist marchers on the University of Virginia grounds, chanting “You will not replace us” and “Blood and soil!” Then, the infamous melee in the streets of Charlottesville, a surreal mix of militia and KKK types parading in broad daylight—white supremacist groups cranked up on years of midnight chat-room binges, now out in numbers looking to hurt people.

The question was, how would President Trump respond? I’ll make an admission that might make me sound like a naif: Watching the horrors unfold from California, I actually thought Trump might condemn the white supremacists who had come from 35 states—some of them from Northern California—to gather in Charlottesville and revel in hate and violence. I know I wasn’t alone in thinking that the reality-TV president might actually decide to act presidential.

It’s more than an idle point, says former Virginia Gov. Terry McAuliffe’s. He’s been touring California this month in support of his new book, Beyond Charlottesville: Taking a Stand Against White Nationalism, McAuliffe, who was governor at the time, talked with Trump after the melee and hung up the phone convinced Trump was going to do the right thing.

“I had no illusions that a guy whose favorite thing to do was watch himself on TV was suddenly going to turn into Bobby Kennedy,” McAuliffe writes. “Eloquence was no more his thing than consistency. But in the middle of a crisis like this, I honestly did expect him to rise to the occasion. That’s what presidents do.”

While in Northern California for a few book events, McAuliffe talked openly about how the terrible events of that weekend two years ago in Charlottesville “scarred me.”

“I think what happened with El Paso, and what you just saw in Dayton, what you saw here in Gilroy, the public is really shifting now,” McAuliffe said at the Commonwealth Club in San Francisco on Aug. 8. “They’re demanding action. We have these incidents and . .. they’re forgotten after a couple days. But I think that now so much hatred has gone on, that’s why I’m thinking the Republican Party is going to pay a huge price in 2020.”

After the incidents in Charlottesville, Trump showed up before the cameras and condemned “in the strongest possible terms this egregious display of hatred, bigotry, and violence”—and then, in a Dadaist twist, adding, “on many sides, on many sides.” Trump had just hit the gas and barreled past the last exit ramp left in his presidency; instead of veering toward decency and democracy, he went with his base impulses, choosing blatant racism. The president reiterated that same sentiment following the recent mass shootings in El Paso and Dayton.

“I was shocked,” McAuliffe writes. “I felt our nation had just been suckerpunched.”

In an interview with the Pacific Sun, McAuliffe said in writing his book he learned about the importance of listening if we’re going to make any real headway.

“I wrote this book because I wanted people to have a full understanding of what happened in Charlottesville,” McAuliffe says. “It was such a shocking moment in U.S. history that a thousand people could walk down a city street spewing the most hate-filled, vile, disgusting language at fellow Americans.

“Upon reflection, as I wrote the book, as bad as Charlottesville was, there was an upside to it, which was that we exposed this sickening underbelly in American culture and realized that we have to do much more to deal with racism and its effects,” he said.

Beyond Charlottesville details how the governor and his advisors considered declaring a state of emergency and finally did so in time to clear the park where the “Unite the Right Rally” was centered just before noon, the scheduled start time for the gathering of white supremacists.

“My goal is that the book will help open peoples’ eyes,” he says. “For far too long, we’ve tried to sweep racism under the rug. It’s important that this be brought out into the light of day for a full discussion. Until we all realize that, we’re going to be in the same place.”

West Marin wilderness advocates were quick to the punch last week following the release of a draft management plan for Point Reyes National Seashore. The plan seeks to settle a years-long battle between the legacy cattle ranchers and advocates for the three Tule Elk herds that also live on the land. The draft proposal from the National Parks Service presents the least draconian—or most despicable, depending on one’s perspective on wilderness in PRNS—solution to a problem that has locals, well, locking horns over the role of the elk and the cattle in the park.

Other possible outcomes considered and rejected by the NPS included removing all the elk, or removing all the cattle. The draft plan calls for the killing of four Elk from one of the herds, which numbers 124 members currently and is the herd that has the most reported interactions with the cows and their pasture. The bulk of the Tule Elk, around 700 of them, live in relative obscurity at the upper reaches of PRNS, at Pierce Point.

The wilderness-only bloc has consistently highlighted the cattle’s deleterious impact on the local environment: All that poop, sliding into Drake’s Bay. An uncompromising campaign by those same advocates helped end the presence of Drake’s Bay Oyster Company in the park a few years ago.

For cattle-ranch supporters, that bitter fight in West Marin signaled that they were next, but the then head of the Department of the Interior, Ken Salazar, vowed to protect the handful of cattle ranches and provide them with long-term leases to protect their viability.

The NPS draft plan, says Jeff Miller with the Center For Biological Diversity, would “enshrine cattle grazing as the primary use of a huge swath of the National Seashore, at the expense of native wildlife and natural habitats. The plan would destroy wildlife habitat, harm endangered species, degrade water quality, and lead to killing of some of the park’s most iconic wildlife, including tule elk.”

Miller, the senior conservation advocate with the CBD, asks: “What is the Park Service thinking? “Allowing expansion of agricultural activities would inevitably lead to further conflicts with other native wildlife. After the elk shooting starts, get ready for ranchers to call for killing the park’s bobcats, foxes, coyotes and birds. The Park Service proposes to start killing native tule elk and running elk off of 18,000 acres of the park to allow private ranchers’ cattle sole access to these public lands,” Miller argued in a blistering statement released last week.

The plan is now open for public comment as the NPS works to hammer out a final resolution to this vexing and emotional debate.

One oyster-loving local who doesn’t eat beef and can’t stand the sight of cows, nevertheless told the Pacific Sun that those 20-year leases are themselves a capitulation to the wilderness bloc. This local, who asked to remain nameless, but who laments the loss of Drake’s Bay Oyster Company on an almost daily basis, doesn’t think the leases are enough to keep the ranchers in business. “Perpetuity!” he cried.

A town hall meeting hosted by U.S. Rep. Jared Huffman was held on the eve of the PRNS study released last week. Judging by the applause lines that greeted their respective points-of-view, the wilderness-only argument is not winning the day this time. One wilderness-only advocate thanked Huffman for his work in protecting the Arctic from rapacious commercial exploration, but implored him to get on board with the evict-the-cattle folks.

Huffman noted that the cattle were there before the creation of the PRNS—and that, indeed, part of the driver for the massive set-aside of 26,000 acres of federal lands was to protect ranchers from the destruction of the wilderness by real estate interests.

Locals lollygagging at a West Marin coffee kiosk also had some thoughts to share. Josh Churchman, an affable author-fisherman whose book, The Whale that Lit the World, was featured earlier this year in the Pacific Sun, offered a somewhat cheeky, but worthy jump-off for further discussion. “If you’re so interested in protecting the wilderness, restoring it to its pristine nature, why don’t we reintroduce the grizzly bear while we’re at it.” —Tom Gogola