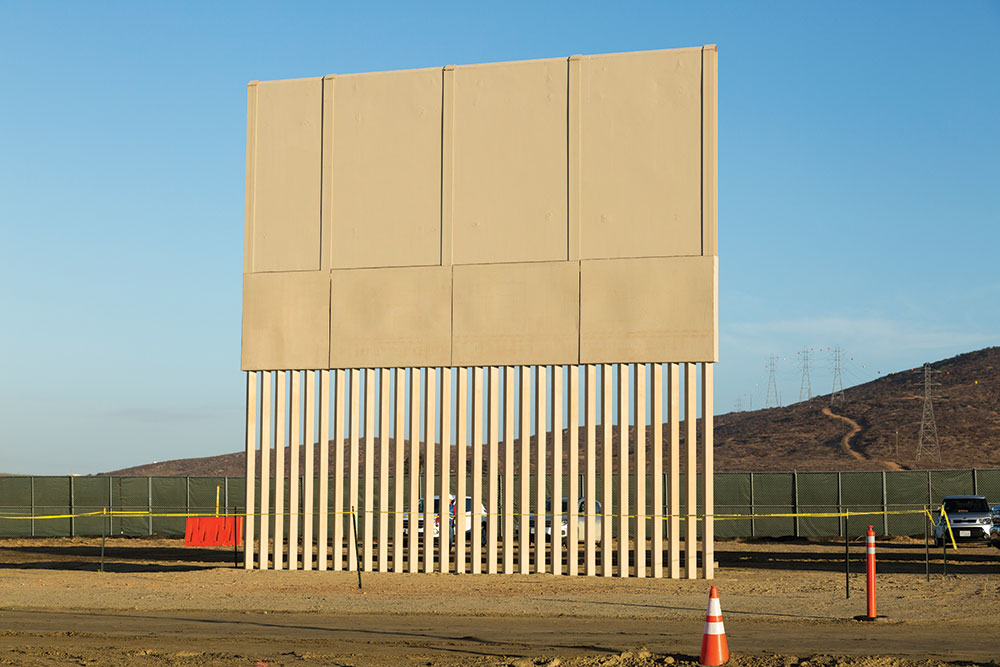 Donald Trump’s “Wall” is more than an ugly, spurious obstacle to immigrants.

The “Wall” is more than a blackmail payout to government shutdown hostages.

The “Wall” is more than another part of Trump’s autocracy.

The “Wall” is trump’s search for a missing manhood.

The people he hates the most ask: “Donde esta tu machismo?”

Despite the recent outbreaks of deadly wildfires both here in California and in other parts of the world, there is still a large number of skeptics and climate-change deniers who are interfering and blocking the desperately needed worldwide effort to arrest the progression of global warming. This sizable group of doubters is headed by the Trump government and the owners of the oil, gas and coal and logging corporations. They are calling for “more studies” and “the gathering of more facts” as a tactic to deny the reality of global warming and to heed the urgent calls from the rest of us to use all necessary measures to stop this growing world crisis.

Living in California, I have just experienced firsthand the scary results of these wildfires on the lives of the people here. These fires have exploded out of the control of the local and state fire departments. And they have burned hundreds of fleeing residents alive in the most terrifying destruction of human life. To avoid this increasing global catastrophe from escalating beyond the point of no return, we must stop our decades of delay in fighting and ending global warming. Here is my answer to the climate-change deniers:

First, it is not a question of whether or not climate change is going to be confirmed as a real issue. Climate change is an issue right now. And it is quickly becoming a global catastrophe. There is no longer time to “do more studies” and get “all the facts”; a global movement to stop climate change is desperately needed right now. The time for endless discussions, philosophizing and more lies and coverups from the fossil-fuel and logging corporations is over.

Conclusive studies have already been done. Modern science was becoming aware that industrial gases were warming our planet over one hundred years ago. (In fact, even the Greeks, 2,500 years ago, were aware that the world’s climate could be changed by environmental destruction.) By the 1970s, the alarm had gone off. And by 2001, scientists had gathered virtually conclusive evidence of its causes and its effects on our planet’s health. However, the corporate world has made efforts to deny and cover up what is almost a total consensus in the scientific community.

When you find your house on fire, do you consult the encyclopedia to read more about the history and causes of fire and its likely effect on human life? Do you start arguing with others in the burning house about who is most to blame? Of course not. You simply alert everyone else in the house and work together to save your lives.

And so the entire human race must now stop reading “ancient scriptures” about fires and debating about whether these texts are truly real and actually predict the future. If we hope to survive this impending catastrophe, it is time to stop arguing, procrastinating and daydreaming, and to unite as we have never done before in humankind’s entire history.