.Upfront: Shelter from the storm 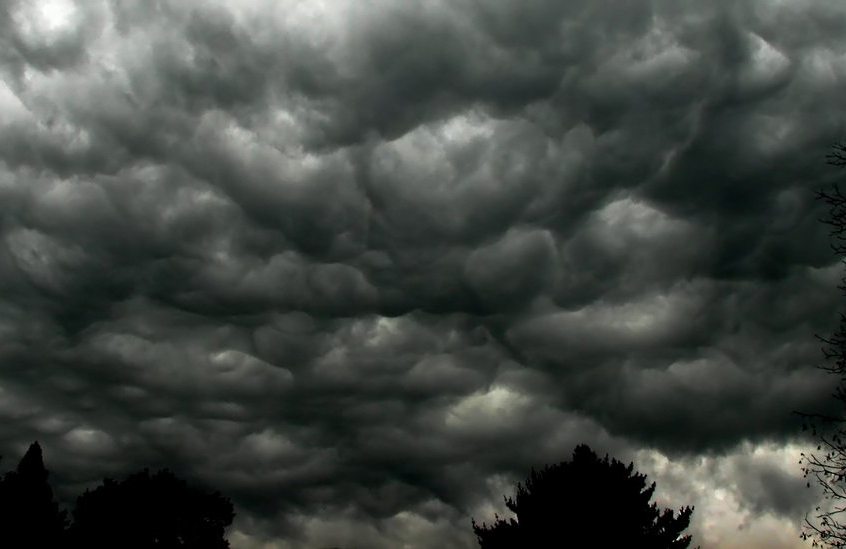 Around the same time that a new report was released, stating that the Ross Valley should prepare for severe storms and flooding, a group of San Anselmo residents started circulating a petition to block a plan calling for a flood control basin in a favorite town park.

The report, titled Surviving the Storm, looks at the potential for climate-change-related flooding throughout the Bay Area. A section of the report focuses on the Ross Valley. The watershed that drains the valley, “has been one of the highest FEMA (Federal Emergency Management Agency) damage claims locations in Northern California,” states the report, which was compiled by the Bay Area Council Economic Institute. “San Anselmo ranks seventh among all communities in California for National Flood Insurance Program claims, and the town of Ross ranks tenth. Since the federal program was started in 1968, San Anselmo residents have filed 255 claims totaling nearly $11.3 million in flood losses, and Ross residents have filed 237 claims totaling about $9.6 million in flood losses.”

That’s nothing that residents of the Ross Valley don’t know, at least in broad terms. They live with the constant threat of floodwater racing down the valley, inundating homes and businesses.

Floods have caused widespread damage on a regular basis. In a grant application to the state to help fund flood mitigation measures and craft a flood prevention program, San Anselmo submitted a set of daunting facts to the California Department of Water Resources: “Since 1951, flood flows have been recorded in calendar years 1951, 1958, 1967, 1969, 1970, 1982, 1983, 1986, 1994, 2005 and 2012. Of these, the two most severe floods occurred in 1982 and 2005.” The 1982 event made national headlines with pictures of floodwater and damage in San Anselmo, San Rafael and elsewhere as water caused extensive damage and reached near the tops of street signs. The 2005 flood also caused substantial damage.

It was after the 2005 event that many residents of the Ross Valley decided enough was enough and joined a move to create and raise funds for a Ross Valley flood protection project. The move resulted in a controversial 2007 ballot measure that called for a flood protection fee. Opponents claimed that imposing a flood control fee was an undue burden, an example of government overreach.

But it was the sign-the-ballot method of voting that ended up in court. That method of voting failed to ensure secrecy, said San Anselmo Town Councilman Ford Greene. He filed suit to invalidate the ballot measure. The case landed in the First District Court of Appeal, where a three-judge panel rejected the Ross Valley flood control district fee vote. The case then went to the California Supreme Court, where justices rejected the court of appeal decision and allowed the flood control plan—and the fee—to proceed. The split between the two courts was an example of the endemic dissension surrounding the flood control plan in the Ross Valley, which won voter approval by just a small margin.

Money the fee generates goes to help fund the Ross Valley Flood Protection and Watershed Program. The protection program calls for creating four detention basins that can hold water during a flood. When rain subsides, water in the basins can be released in a controlled flow, which can prevent, or at least minimize, the kind of flood damage that downtown San Anselmo has suffered continually. The detention basins in the plan—as it was initially delineated—were located at Loma Alta, on county open space land; Lefty Gomez Field in the Ross Valley School District; Red Hill Park in San Anselmo; and Memorial Park, located west of the Red Hill Shopping Center off of Sir Francis Drake Boulevard. The flood protection project also included major upgrades to Phoenix Lake, one of the Marin Municipal Water District’s reservoirs.

The proposal to use Memorial Park in San Anselmo as a detention basin drove a wedge into the community. Opponents of the option said that transforming the park into a detention basin would destroy a recreational asset beloved by neighbors and other residents in the town. They also said that the project would reduce property values during construction, cause unacceptable traffic congestion and leave the town with a generic-looking park rather than a homegrown community asset. Proponents of the idea, however, say that using the park as a detention basin could result in a project that would improve the park.

According to the website Just Playgrounds, “San Anselmo Memorial Park, also know as Millennium Park, is a testament [to] what can happen when a community pulls itself together for a good cause.” A playground in the park was rather run-down in 2000, when members of the community worked to breathe new life into it.

That emotional and physical investment explains at least one part of the staunch opposition to transforming the park into a detention basin to temporarily hold floodwater.

According to the grant application that the town sent to the state, “The park floor will be excavated and lowered by an average of 10 feet below existing grade.” A gate will control the flow of water in Sorich Creek, which runs along the park. Sorich Creek runs into San Anselmo Creek, which eventually becomes Corte Madera Creek. When a flood is imminent, public works personnel will close a floodgate and divert water from Sorich Creek. The water will flood Memorial Park, where it can be held until it is safe to allow controlled flow downstream. According to the grant application, “When full to the spillway crest, water depths will reach a maximum of 14 feet at the southern end, and the basin will inundate [seven] acres and detain 79 acre-feet of floodwater.”

After a hefty amount of pushback, the concept of a flood control program for the Ross Valley landed on the desk of a consulting firm, CH2M Hill, to look at what had been proposed and what might be alternatives. Part of that re-examination included another look at whether Memorial Park should remain as a key element in the flood control system. Proponents of the detention-basin plan note that the basins would work together with the improvements to Phoenix Lake as well as improvements to bridges and creek widening to reduce floodwater overflow through the valley. Eliminating Memorial Park would reduce the efficacy of the system unless an alternative site replaced it.

CH2M ranked the proposed detention basins using a complicated formula that scored each basin and Phoenix Lake based on criteria that included costs and benefits, and flood control, as well as protection of the environment. Phoenix Lake came out on top. Memorial Park was second in the ranking. In addition to looking at the original list of basins, the consultants studied a batch of additional sites. Deer Park came in third, the former Sunnyside Nursery ranks fourth, the Bothin Youth Park Center is fifth, San Domenico School is sixth, Lefty Gomez drops to seventh, Marin Town and Country Club is eighth, Red Hill is ninth and Hidden Valley is 10th. (The nursery is private property, a criterion that excluded it and sites like it from the original choices.)

Using a system of four basins and Phoenix Lake, which virtually no one suggests should be excised from the plan, Memorial Park still stays in the top tier.
The consultants are looking at the revamped list and will return to town with a report in June about their relative efficacy. Proponents of the process say that the renewed investigation will advance the selection process and respond to criticisms aimed at using Memorial Park. Opponents remain adamant that the park would hold back a relatively small volume of water given the amount of money needed to transform the site.

Opponents of using Memorial Park make points routinely heard now among a restive portion of the electorate. Among those points is the charge that elected officials refuse to listen to their constituents.

Working that vein, a group of opponents to the Memorial Park proposal recently started circulating a petition that would force the Town Council to alter the town’s general plan. The alteration would prevent using Memorial Park as a detention basin.

Councilman Greene says that he expects the consultants to simply corroborate a flood control plan that supporters already have thrown their weight behind. “The consultants were hired after a sustained groundswell of objections,” he says. “I think their charge is to propagandize the appropriateness of the detention idea for Memorial Park.”

Greene supports the petition drive, which, like the Memorial Park proposal, is a wedge splitting the community. “I am in favor of a local vote to determine whether Memorial Park ought to be transformed into a detention basin,” Greene says. “I have advocated for that in Town Council meetings, and I continue to advocate for that.”

But opponents of the petition drive say that rather than advancing a form of direct democracy, it’s actually aimed at blocking a flood control project that would be a benefit to the entire Ross Valley, including San Anselmo. The opposition to Memorial Park, they posit, is a way to drive another wedge, this time into the wider flood control proposal.

Opponents of the detention basin strategy suggest that funds raised could be better used to raise endangered homes and businesses above flood levels and otherwise fortify them against floodwaters. That would be a better use of public money than excavating flood basins, they advocate. (But whether that would work in places like downtown San Anselmo is a question about practicality left unanswered.)

Supervisor Katie Rice represents the Ross Valley. She supports the detention basin proposal and stands firm in her opposition to the petition gambit. “I think the petition is ill timed,” she says. She questions whether the petition is aimed at promulgating public participation or “thwarting the results” of a process that has looked at and then re-examined the efficacy of detention basins, including Memorial Park, and will return to public scrutiny in June.

“I think the process of high-level review of detention-basin sites that were chosen and of potential alternatives is a really good and healthy process,” Rice says. “It helps review [alternatives] with the public to determine whether a site will or will not work.”

Rice calls for people who lean toward supporting a petition process to “take the high ground, no pun intended,” and embrace the process that has proceeded to this point. “The council is going to have to take positions and vote whether to go forward,” Rice says, “and that’s where the public can weigh in.”
She also says that people in the Ross Valley should look at the flood control project with a wider lens. “No single basin or project addresses the situation,” she says. “They all work together.” Along with the critical task of reducing flooding in the valley, she adds, each of the proposed detention basins provides an opportunity for “additional benefits to the community.” Those benefits could range from improved recreational facilities to improved trails and reduced sedimentation. Not to mention critical improvements to bridges that would be part of the overall project, Rice notes.

While cautions about increased chances of catastrophic flooding echo across the Bay Area, residents in the Ross Valley wrestle with the details of floodwater volume and the efficacy of detention basins and whether their elected representatives are listening to their wishes.

Rice cautions that a referendum process, which can be susceptible to political manipulation, isn’t the right avenue for “making decisions about big and important community projects” like flood control.

Previous ArticleStyle: What was I thinking?

Next ArticleHero and Zero: An anonymous good samaritan and a closure of history