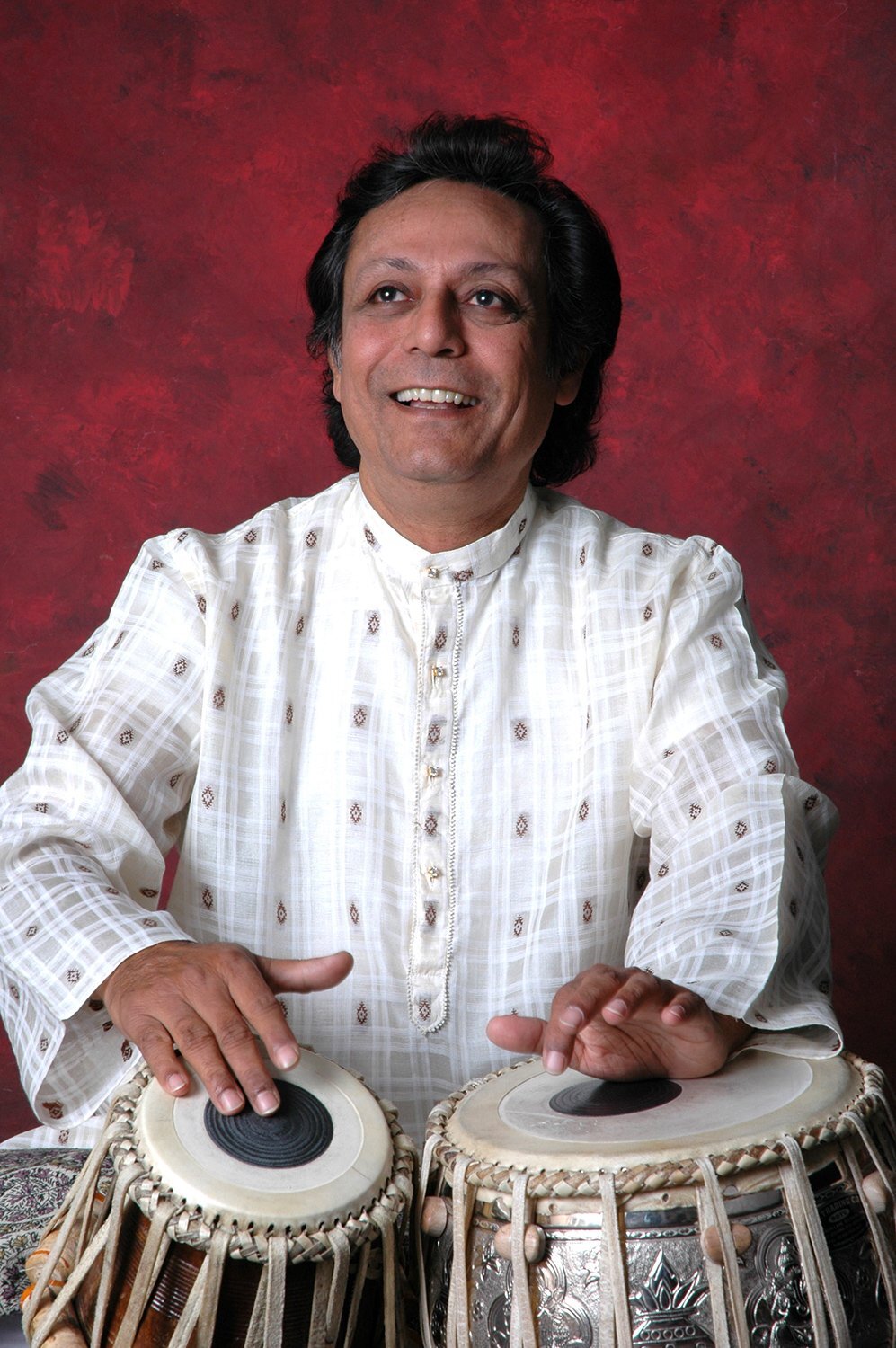 Pandit Swapan Chaudhuri is a phenomenon in the arena of Indian Classical Music. Musicians honor him as one of the most respected Tabla players, worthy of highest regard all over the world. Today a two time Grammy nominee, it was Swapan’s beloved parents, through their own passion for music, who initiated his formal musical training and inspired him in the field of Tabla, paving the path that would eventually lead him to virtuosity.Swapanji’s music reaches beyond the scope of Classical music to include performances and recordings with musicians such as Stevie Wonder, L. Shankar, Mark O’Connor, John Handy, Larry Coryell, John Santos, the reputed Persian musicians Alizade and Kayhan Kalhor, the African drum master, Malonga, and the renowned guitarists, Vlatko Stefanovski and Miroslav Tadic. He has participated in many International Music Festivals such as Bath, Perth, Sydney, Tokyo, Toronto, San Francisco, Kuala Lampur, Stuttgart and Berlin. His solo and accompaniment concerts as well performances of his compositions for percussion ensembles have received tremendous appreciation from Western and Indian audiences alike. He is associated with various American and European Universities as a visiting professor. Pandit Swapan Chaudhuri’s music is the spontaneous expression of his powerful emotions and his deep knowledge of Tabla. His ingenuity has ushered in a purely new style of Tabla playing. It is undoubtedly through his clarity and elegance of performance, both as an accompanist and as a soloist, that he has achieved such fame throughout the world as a true master of Tabla.

This is a free online event, but please go to Eventbrite to register for access. Donations are accepted.
https://www.eventbrite.com/e/swapan-chaudhuri-mills-music-now-tickets-145797090021