OUT of Site: Haight-Ashbury 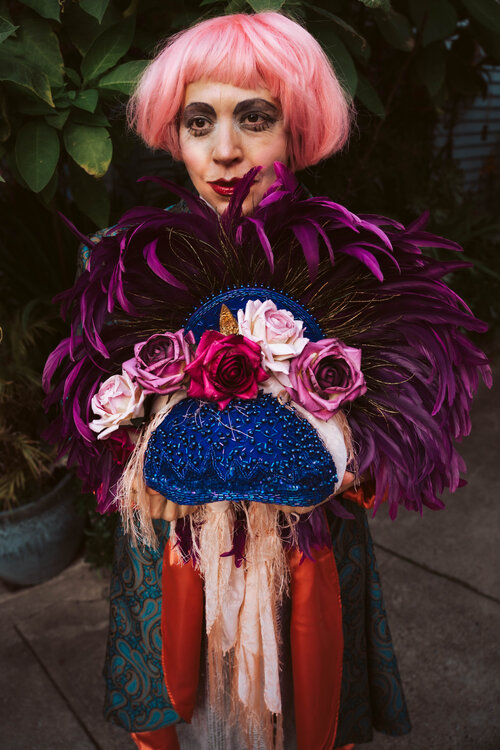 OUT of Site, San Francisco’s performance-driven, queer history tour, returns this summer with a dazzling new edition starring award-winning stage, television and film actor Tina D’Elia. Following the sold-out tours of North Beach and South of Market, this year’s event reveals the untold story of the neighborhood of Haight-Ashbury, a name synonymous worldwide with the hippie counterculture that emerged here in the 1960s.

Audiences will meet Peggy Caserta, a successful out lesbian business owner on Haight Street and inventor of the bell bottom jeans, outfitting rock’s new royalty like the Grateful Dead and Jefferson Airplane. She was also Janis Joplin’s lover, later maligned as the scapegoat of Joplin’s untimely death.

The tour will also feature George Harris III aka Hibiscus, the original flower power child who would go on to found the psychedelic pansexual theater collective known as the Cockettes. Bedecked in thrift-store finery, decaying flowers and dripping with glitter, Hibiscus left a lasting mark that’s visible today across the worlds of drag, theater, music and fashion.

This intimate new edition of OUT of Site will follow the latest COVID-19 safety protocols for outdoor performances, using audio headsets to bring the experience to life. The audience size for each show will be limited to 25 people or to whatever the current number is as prescribed in city guidelines at the time of opening.