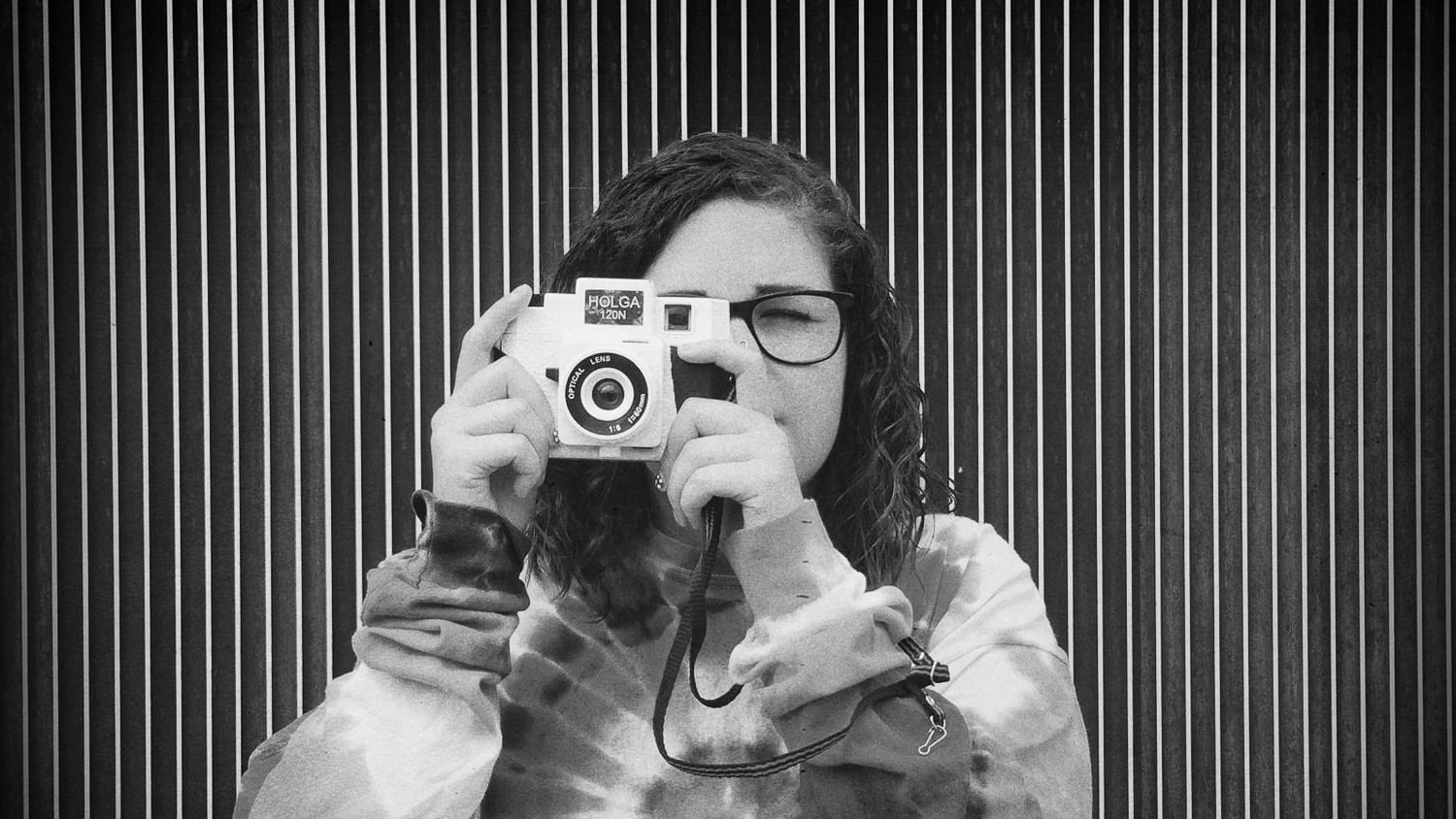 A fun darkroom photography camp for kids ages 12–14 to introduce your kid to the unique Holga camera and the magic of printing with black and white film!

Introduce your kid to analog photography and black and white film photography in this fun Holga Film Photography Camp for kids age 12–14! They’ll use a trendy plastic film camera called a Holga Camera. Holga photos are inherently filled with distortion and natural vignettes due to the cameras’ plastic construction and lens. Exploring the Holga’s unique and mysterious qualities introduces film photography for kids in a creative and simple way.

In this film photography for beginners class, kids will take photo walks to the Lumber Yard and other Mill Valley locations, discovering how to take pictures with the Holga camera using black and white 120 film. Back at the studio, they’ll learn each step of how to develop negatives: taking the film out of the camera, rolling it onto a reel, and developing the film. Once the film is developed, kids will explore how to print photos from negatives: loading film in the enlarger and exposing the image onto photosensitive silver gelatin paper. The last, and most magical, step in darkroom printing is moving the exposed paper through the trays of developing chemistry—and Voila! watching your image appear!